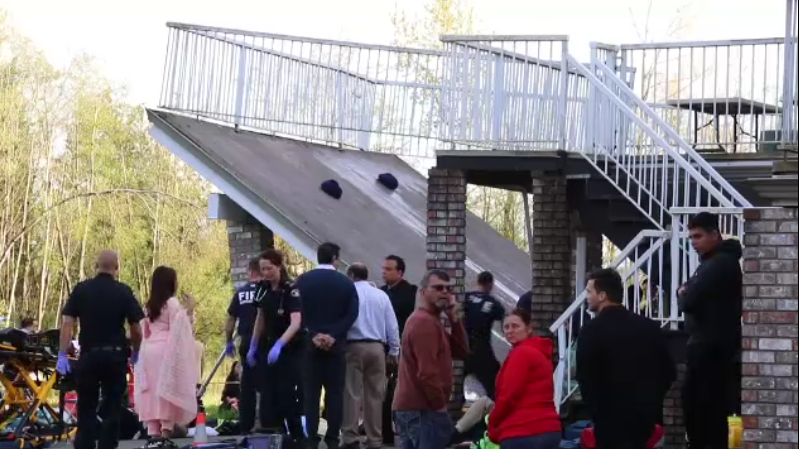 The deck collapsed at approximately 5:30 p.m. during a wedding party in Langley, B.C.

Some of the people injured when a deck collapsed during a wedding in Langley on Friday have been discharged from hospital, according to Fraser Health.

There were more than 100 people celebrating at a wedding party at a private home in the 5800 block of 268 Street when a second-storey deck gave out at around 5:45 p.m. According to authorities, 40 people – including children and seniors – were hurt after the structure came down.

According to the Provincial Health Services Authority, 18 of those people were taken to hospital. Their injuries ranged in severity, but all involved damage to lower extremities caused by the fall.

Langley RCMP told CTV News Vancouver on Saturday that two or three victims had suffered critical injuries, but PHSA confirmed on Monday that only one person had been critically injured.

That person was taken to hospital by air ambulance. The other 17 were transported by ground ambulances.