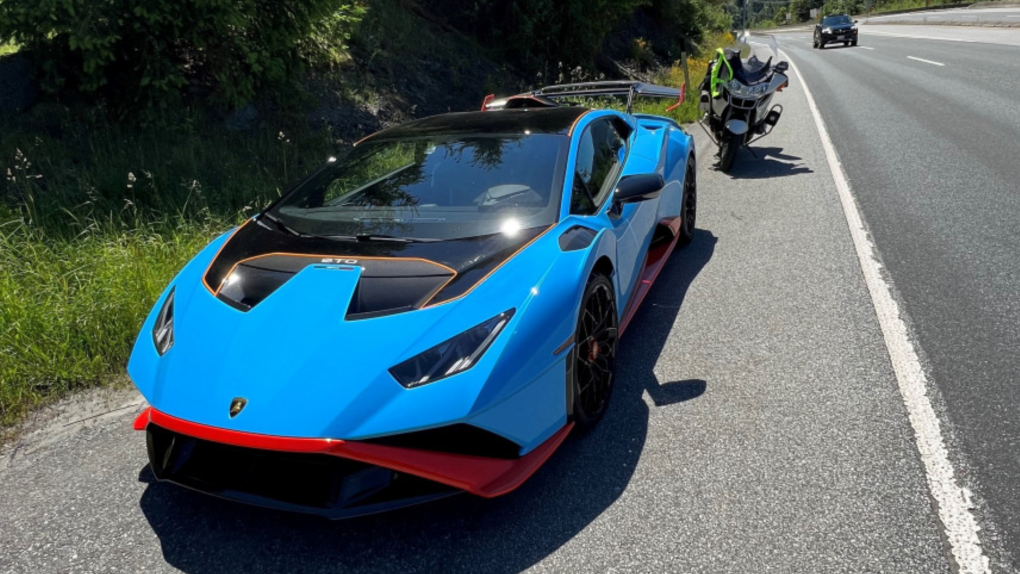 This photo from the West Vancouver Police Department shows one of two luxury cars impounded for speeding.

Two Lamborghinis have been impounded after their drivers were spotted going nearly twice the posted speed limit in West Vancouver.

The two luxury cars were driving on the Sea to Sky Highway last Friday when an officer with the West Vancouver Police Department's traffic section clocked them going 156 km/h. The posted speed limit is 80, according to a statement from police.

Each driver was fined $368 and had their car impounded for seven days.

With more traffic anticipated over the summer, the incident prompted a warning from the department.

"As we continue to see nicer weather, we see an increase in vehicles as well as motorcycles driving at high rates of speed," said Const. Nicole Braithwaite in a statement.

"Our officers will be stepping up enforcement during these next couple of months in an effort to help change this dangerous behavior."

The release also says, on average, 26 people are killed in speed-related crashes each year in the Lower Mainland.