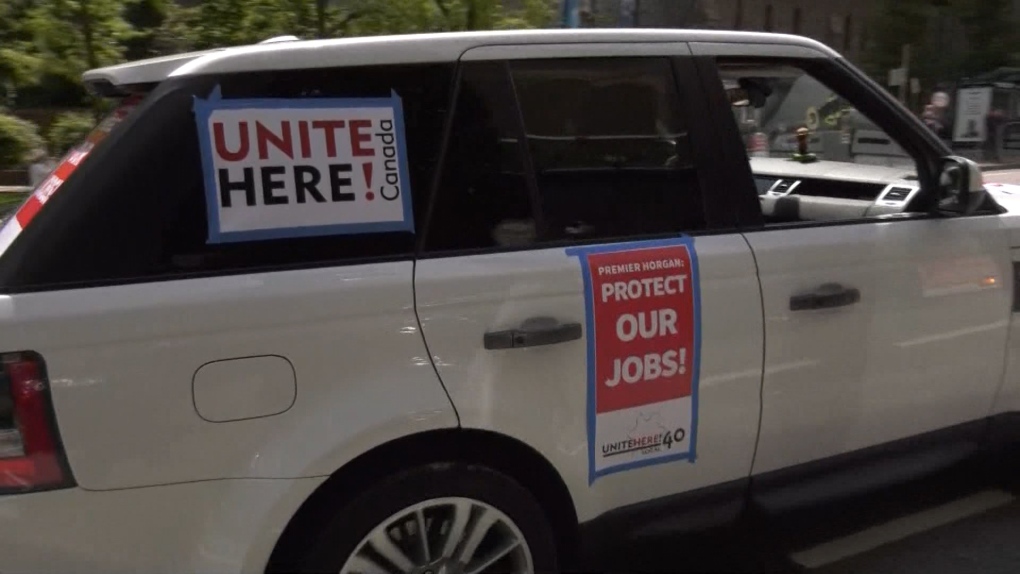 Hospitality workers are calling on government to help ensure they're rehired, not replaced.

VANCOUVER -- Dozens of laid-off hospitality workers participated in a car rally Wednesday, calling on governments to support their rehiring.

According to Unite Here Local 40, a union representing hospitality workers, more than 90 per cent of workers in B.C.'s hospitality industry have been laid off because of the novel coronavirus pandemic.

The car rally, which wove through Vancouver's downtown core, aimed to draw attention to the hard-hit tourism industry.

"Tourism workers are not disposable," said Zailda Chan at the rally. "We know the industry will eventually recover and when it does, laid-off workers should be first in line to get their jobs back."

Chan said cancelled conventions, cruises and travel have crippled the tourism industry, with the potential of a second wave making recovery slow.

She added that many employers haven't assured workers they'll be brought back to work, and called on governments to implement measures to ensure workers are rehired, not replaced.

"The government told us to stay home to protect our public health," Chan said. "That was the right thing to do. It's time for them to make sure we get back to work once it's safe."