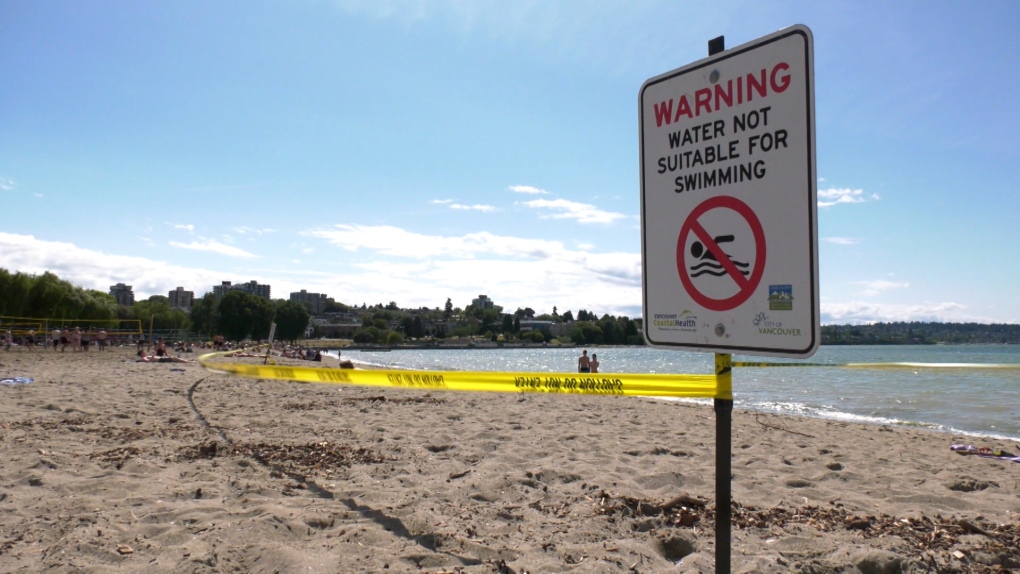 Kits Beach joins two other Metro Vancouver beaches that are currently closed to swimming because of bacteria. (CTV)

Vancouver's Kitsilano Beach has once again been closed to swimmers due to high concentrations of bacteria in the water.

According to an advisory posted online by Vancouver Coastal Health Monday, samples from the popular West Side beach indicate in excess of 1,700 E. coli bacteria per 100 millilitres, more than four times the safe limit.

Kits Beach was already closed once before this year after high levels of bacteria were reported on July 27. VCH reopened the beach on Aug. 1, only to close it again less than two weeks later.

And Kits Beach isn't the only swimming spot to be affected by closures.

Trout Lake was closed for the same reason on July 17 and didn't reopen until Aug. 1.

Ambleside Beach in West Vancouver was temporarily closed on July 19, and Bowen Island's Snug Cove has been closed since June 27.

High levels of E. coli in the water increase swimmers' risk of gastrointestinal illness as well as skin and eye infections.

More information about water quality monitoring in Metro Vancouver can be found on the VCH website.