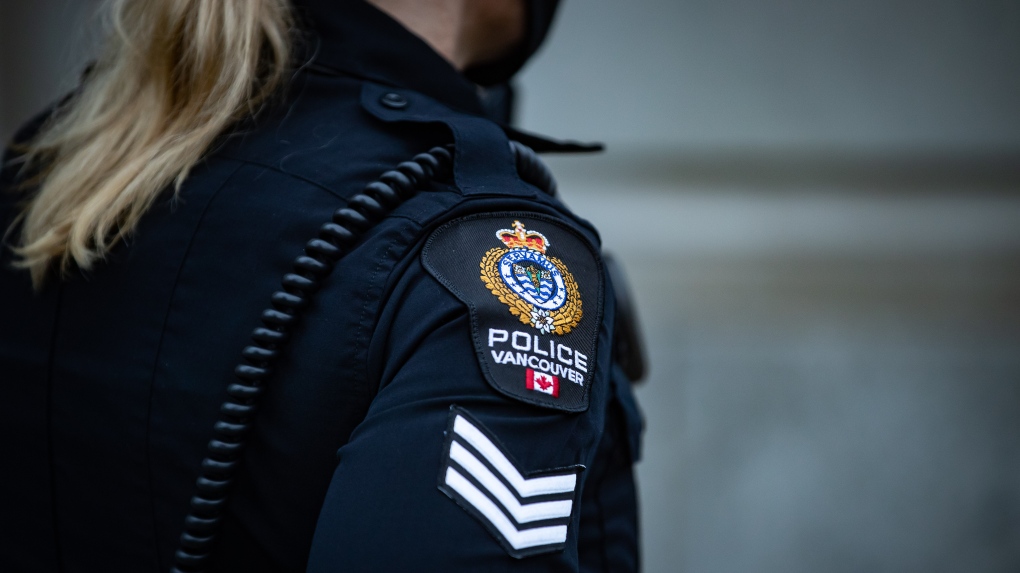 A Vancouver Police Department patch is seen on an officer's uniform as she makes a phone call after responding to an unknown incident on Saturday, January 9, 2021. THE CANADIAN PRESS/Darryl Dyck

Half of the people alleged to have been involved in a kidnapping incident that began in Richmond and ended with the victim's rescue in Vancouver have admitted to their roles in the 2021 incident.

Ashley Smith, who was 30 at the time of the kidnapping last fall, entered her plea earlier this week, the B.C. Prosecution Service told CTV News.

She is one of four people charged in the incident, and the second to enter such a plea. Michael Husain, who was also 30 at the time, entered a similar plea back in March.

Co-accused Harman Parmar, who was 24, has chosen to be tried by a judge, and will appear in B.C. Supreme Court for a preliminary hearing later this month.

The fourth person, Arjun Purewal, has indicated he plans to enter a guilty plea next month.

Details of what is alleged to have happened that day in September have not been heard in court at this time, given the pleas, but police outlined some allegations when the charges were approved.

According to the Vancouver Police Department, four people took a person from a vehicle at gunpoint in Richmond. It is unclear why this person was targeted, or what the motive could have been.

Police said the victim was restrained and assaulted, resulting in "significant" but non-life-threatening injuries.

It's unclear why the VPD was involved in the case, as the kidnapping occurred in Richmond, but the victim was rescued in Richmond by Vancouver officers, they said.

There was a "brief pursuit" before four suspects were taken into custody, police said, adding that the group was already under investigation at the time.

Vancouver police mentioned a series of armed home invasions and residential break-and-enters throughout the region, but charges do indicate that a connection was made between those events and the accused in the kidnapping case.

The guilty pleas are not associated with alleged break-and-enters or home invasions. Police also said there was no connection between that investigation and the victim.

Hussain will be sentenced on Sept. 21.

Smith, who also pleaded guilty to a breach of release order conditions, dangerous driving and being in a motor vehicle without the owner present – all tied to separate incidents – is scheduled to be sentenced one week after Hussain's hearing.