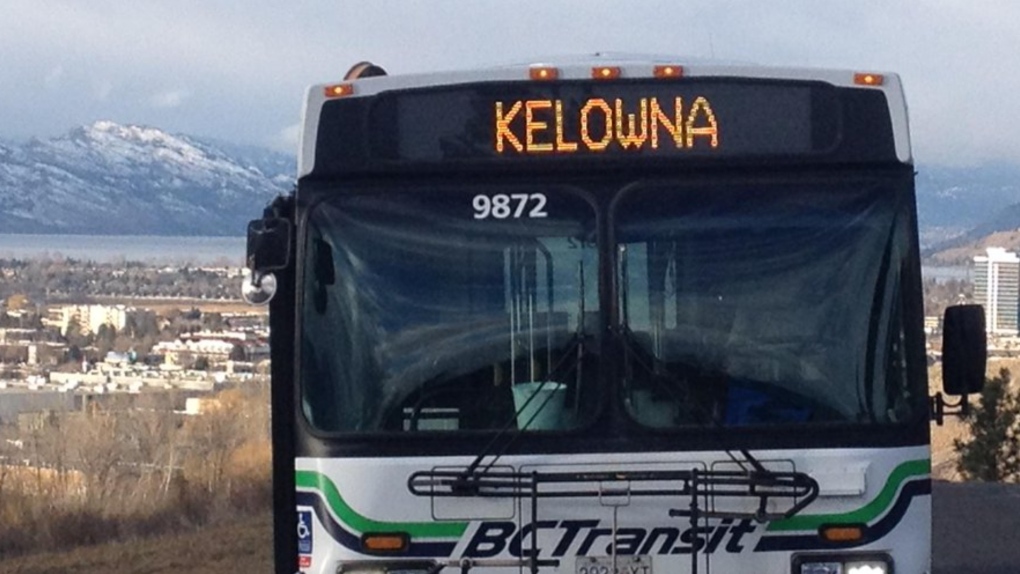 A Kelowna transit bus is seen in this photo from the Amalgamated Transit Union Local 1722 website. (younified.ca)

Unionized transit workers in Kelowna say they have been invited to resume negotiations with their employer on Tuesday, one day before a planned strike is scheduled to begin.

According to the ATU, the overtime ban has led to a 20-to-30-per-cent reduction in transit service in the Central Okanagan region, something the union says is "a direct result of how understaffed and underfunded the transit system is."

Earlier in the week, the union announced its plan to escalate to a full work stoppage on Wednesday, Oct. 5.

On Friday, it issued a brief statement saying that the strike threat had prompted First Transit to ask for one day of negotiation on Tuesday, Oct. 4.

"Although the union is not anticipating any change from the company's last offer, we will be meeting with them in the hope that we can reach an agreement without having to proceed with a strike," the statement reads.

Asked for comment, a First Transit spokesperson provided a statement to CTV News that read, in part:

"We are disappointed that ATU leadership would choose to withdraw service from the residents of Kelowna, rather than return to constructive negotiations at the bargaining table. First Transit has, in fact, reached out to ATU regarding their counter-offer, and we have been, and remain ready, to sit down and engage in constructive collective bargaining."

The company also said that its "service delivery rate" has been 88 per cent during the job actions taken so far.

"Our objective is to reach a collective agreement with ATU Local 1722 that benefits all stakeholders in the transit system, and we hope to do that through the collective bargaining process," First Transit said.

First Transit operates the regional system on behalf of BC Transit, which issued its own statement on the strike this week.

The provincial transit provider said it "understands the frustration" the labour situation has caused for customers and "sincerely apologizes" for the inconvenience the job action continues to cause.

"The labour dispute is between BC Transit’s contractor – First Transit – and their unionized employees," the Crown corporation said. "BC Transit is closely monitoring the situation and hopes the parties will find resolution soon."

BC Transit added that – if the strike goes forward – handyDART service will continue to be available "for customers requiring transportation to renal dialysis, cancer treatment, multiple sclerosis and other specialist appointments," as it has been deemed an essential service.