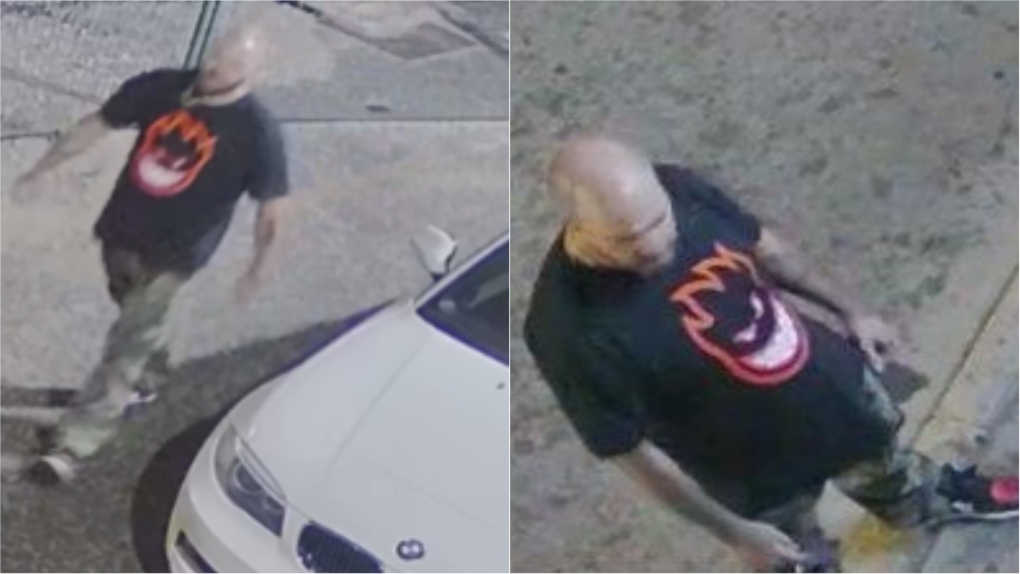 Mounties in Kelowna are trying to identify the man in these photos in connection with a nightclub homicide.

Police in Kelowna are investigating a homicide after a man injured outside a downtown nightclub Friday night succumbed to his injuries.

The incident occurred around 11 p.m., according to a news release from Kelowna RCMP. Frontline officers witnessed "an altercation between a number of individuals" at the club in the 200 block of Lawrence Avenue, police said.

The incident left a man injured on the ground, and another man was seen fleeing the area on foot, according to RCMP.

The injured man was admitted to Kelowna General Hospital, where he was soon pronounced dead, police said.

No one has been arrested or charged, Mounties said, adding that investigators are still working to gather evidence.

"At this point in the investigation, police do not believe the victim and suspect were not known to each other prior to this incident," police said in their release.

Kelowna RCMP's Serious Crime Unit is leading the investigation, with support from the detachment's Forensic Identification Section, Assault/Robbery Unit and general investigators, as well as the BC Coroners Service.

"We have identified a number of individuals in the area who witnessed the altercation," said Insp. Beth McAndie, an investigative service officer for the detachment, in the release.

"Investigators would like to speak with them. We are encouraging those witnesses to reach out to our investigators using our tip line: 250-470-6236."

As Maritimers assess the damage left behind from post-tropical storm Fiona, a number of comfort centres have been made available for residents to get food and water, recharge devices and receive up-to-date information. Here is a list of the comfort centre locations announced so far.