Keep your cool: Fighting in Vancouver now comes with $1,000 fine 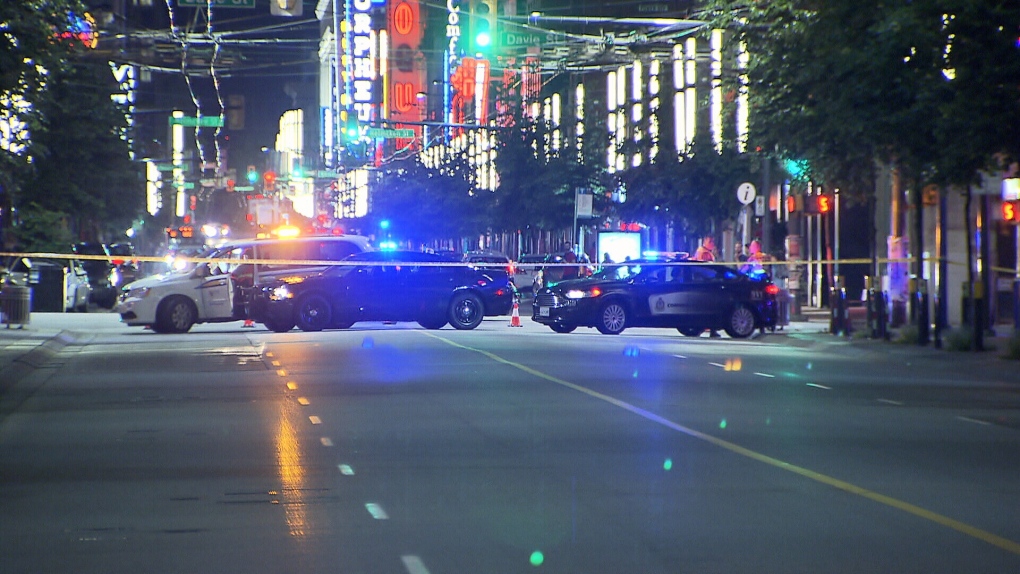 Police vehicles are seen blocking Granville Street during an incident in 2018.

VANCOUVER -- Getting busted for fighting in Vancouver now comes with a $1,000 fine.

Vancouver councillors swiftly approved increasing the penalty for fighting in the city to a hefty grand at a meeting on Tuesday.

The amendment of Section 69.A of the Street and Traffic Bylaw was in response to increased violence in the Granville Entertainment District, and is meant to deter street fighting and disorder.

"It's actually a city-wide bylaw," said Coun. Sarah Kirby-Yung. "But a 2017 staff report identified that this is a real issue in the Granville Entertainment District".

Vancouver police call it "another tool" in their tool box.

"I think it's a good change," said VPD Chief Const. Adam Palmer. "People realizing they will be held accountable with issues like that, is a good thing for public safety."

The new penalty is double the original $500 fine.

Councillors said a similar incentive worked for parking tickets, and figure fewer unpaid fines will be sent to a collection agent.

"Sometimes we've made bad choices in the past and it's a shame if it impacts people's credit ratings," said Kirby-Yung.

City staff found the province was hesitant to allow fine payments to be a condition of insurance or driver's licence renewal.