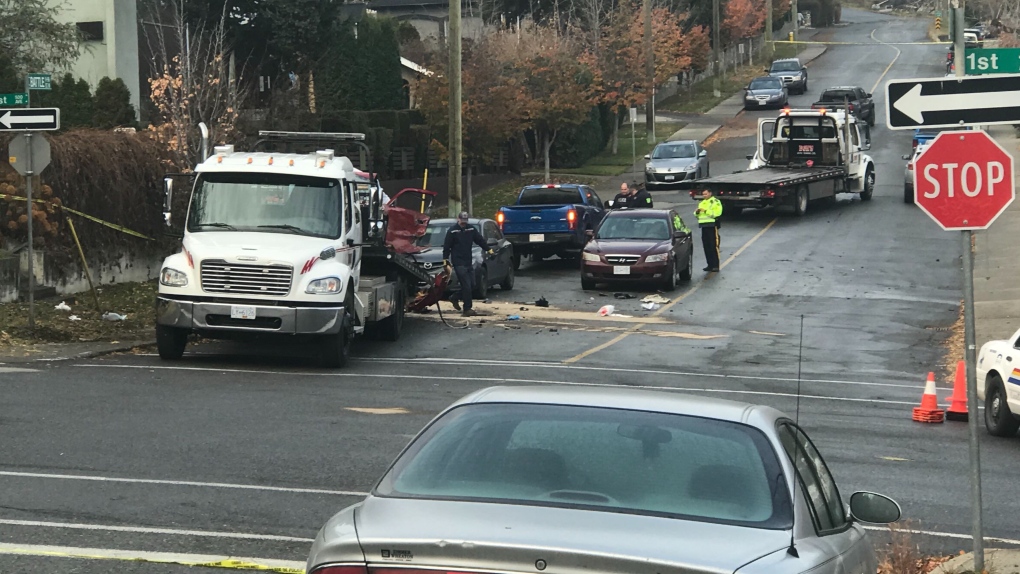 VANCOUVER - Kamloops RCMP are asking for witnesses to a fatal hit-and-run crash on Sunday to come forward.

Two international students at Thompson Rivers University were killed in the crash, and two other students were injured. One remains in hospital with critical injuries and the other had non-life threatening injuries.

Kamloops RCMP said they are specifically interested in speaking to a woman who was on foot at the scene and then left shortly after the crash happened. Police said she was not involved in the collision but was on scene before emergency services arrived.

RCMP said the witness is 5'7" and about 140 to 150 pounds. She was wearing dark clothing and had brown hair in a ponytail. She walked away from the scene alone heading northbound on 1st Avenue.

"If this is you, or you know who this person is, please contact the Kamloops RCMP," said Staff Sgt. Simon Pillay in a statement. "We are interested in speaking with everyone who was present at that collision before emergency crews arrived."

RCMP are also looking to speak to anyone with dashcam footage between the hours of 1:30 a.m. and 3 a.m. on Nov. 3 who were driving in the following areas:

• All residential streets around the Guerin Creek area

Kamloops RCMP's Serious Crime Unit, the Integrated Collision Analysis Reconstruction Services and Forensic Identification team are continuing to investigate the crash. The BC Coroner's Service is also conducting its own fact-finding investigation to the deaths.