K-pop stars seen at Vancouver beaches, restaurant ahead of concert

K-pop stars seen at Vancouver beaches, restaurant ahead of concert 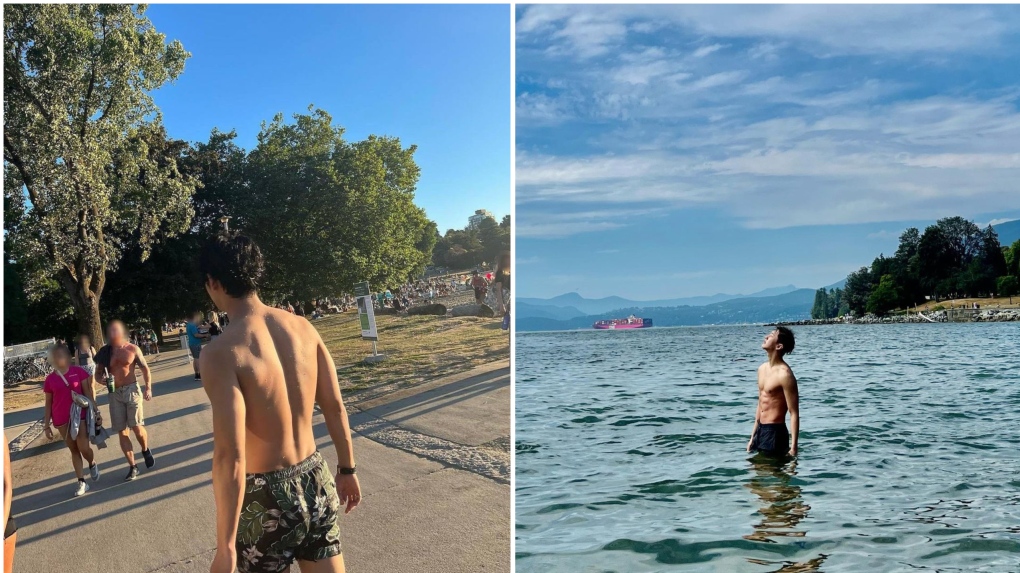 It appears K-pop stars from supergroup Seventeen found some downtime in Vancouver this week before they kicked off their "Be The Sun" world tour at Rogers Arena on Wednesday. (Photo: @min9yu_k/Instagram and @ho5hi_kwon/Instagram)

It appears K-pop stars from supergroup Seventeen found some downtime in Vancouver this week before they kicked off their "Be The Sun" world tour at Rogers Arena on Wednesday.

Some eagle-eyed fans were able to spot the Korean superstars touring the city over the past few days.

A couple of group members even posted about their adventures on social media, which quickly drew comments and likes from fans.

Vancouver became a trending topic on Tuesday, when Kim Mingyu took to Instagram to share photos of himself walking shirtless along the seawall, playing beach volleyball and dining at The Boathouse Restaurant on Kits Beach.

The post has since garnered 2.2 million likes and more than 40,000 comments.

Another member, Hoshi, made waves when he posted a photo on Instagram showing himself going for a dip in the ocean.

Hoshi also posted another photo of himself walking around Vancouver's Fairview neighbourhood, which received 1.1 million likes.

Seventeen's official social media accounts have been sharing the stars sightseeing around the city as well, with some photos showing them at Sunset Beach.

Those who didn't catch a glimpse of the stars in Vancouver might be out of luck for now.

The group is set to perform in Seattle on Friday.