Just 0.7 per cent of referendum ballots returned so far 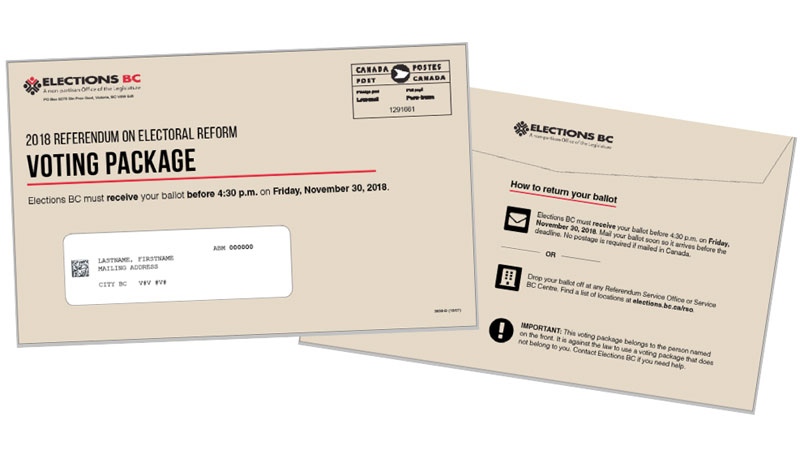 British Columbians don't appear to be in a big rush to return their electoral reform referendum ballots.

Two weeks after Elections BC first began mailing out voting packages, just 0.7 per cent have been filled out and returned, according to numbers released Monday.

That means 22,342 of the province's 3,288,908 registered voters have taken part so far, though there are still several weeks to go before the mail-in referendum ends.

A riding-by-riding breakdown shows several of the most active districts are on Vancouver Island, which was among the first regions to receive voting packages.

North Island has returned 1,513 ballots – the most of any riding – followed by Courtenay-Comox with 1,501. The Nanaimo and Nanaimo-North Cowichan ridings account for another 2,613 completed ballots combined.

A dozen districts hadn't returned a single voting package by Monday, and dozens more had returned fewer than 100. None of Vancouver's 11 ridings had returned more than 519 ballots.

There is no minimum threshold of participation for the referendum results to be adopted – a simple majority of ballots cast will ensure B.C. either keeps its current first-past-the-post voting system or switches to proportional representation.

There were some concerns the rotating Canada Post strikes that hit various cities across the province last month might impact the results, but election officials have said voters should still have plenty of time.

For more on the three proportional representation options, including how previous provincial elections would have played out under each one, click here.