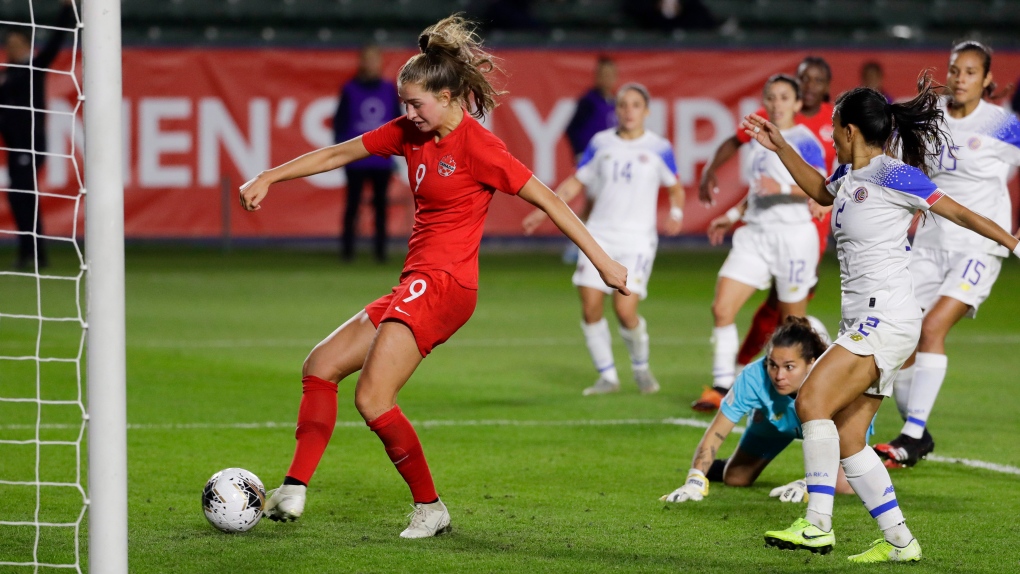 VANCOUVER -- Chilliwack's Jordyn Huitema was presented with the Golden Boot award on Sunday in Carson, California at the women's Olympic qualifying soccer match.

Huitema, 18, was awarded the Golden Boot after scoring seven goals during the tournament, including five in one match against Jamaica. The team was playing in the Confederation of North, Central American and Caribbean Association Football (CONCACAF) Women's Olympic Qualifying Championship.

"Extremely honoured to receive this award," Huitema said in a post on Twitter. "Wouldn't have been possible without the incredible players and staff around me! #tokyo2020."

Huitema also scored in the 72nd minute of Canada's game against Costa Rica on Friday, clinching the Canadians a spot in the 2020 Tokyo Olympics despite a 3-0 loss to the United States on Sunday. This will be Canada's fourth straight Olympic appearance in women's soccer.

Earlier in the tournament, Canada captain Christine Sinclair set an all-time international goal scoring record when Canada won 11-0 over St. Kitts and Nevis in the opening match. The 36-year-old from Burnaby scored two goals in the first half to bring her total goal count to 185.

Canada's next game on home soil will be against Australia on Apr. 14 at BC Place in Vancouver.

Extremely honoured to receive this award, wouldn’t have been possible without the incredible players and staff around me! #tokyo2020 https://t.co/pUx5khUZAr