Jail time for man who attacked dog with hammer 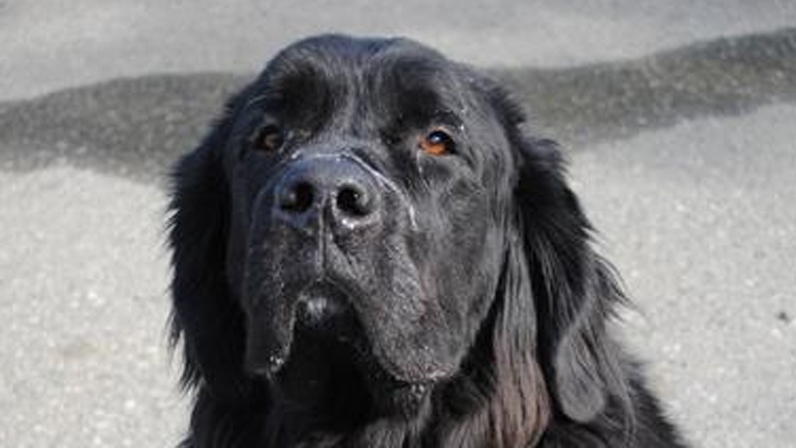 A photo of King after recovering from being brutally attacked by Matthew Tremblay. Nov. 7, 2012. (Handout)

A Nanaimo man has been sentenced to six months in jail after brutally attacking his former girlfriend’s dog with a hammer, according to the SPCA.

Matthew Dean Tremblay pleaded guilty in January to severely assaulting the Newfoundland dog named King in a fenced yard while his then-girlfriend was out.

Tremblay repeatedly kicked, punched and struck the dog with a hammer, causing horrific injuries to his head and body, cracked and broken teeth, deep cuts and eye injuries.

“This was an unspeakably brutal attack and it is a miracle that King survived and made a full recovery,” said SPCA spokesperson Lorie Chortyk, adding that the dog received extensive veterinary treatment for his injuries.

In addition to his jail sentence, Tremblay was given 30 months probation, a 25-year ban on owning or living with animals, and ordered to pay $5,233 in restitution for veterinary costs. He is also not allowed to contact his ex girlfriend, who has moved to another province.

“She wants to make sure he’s safe from him,” Chortyk said. “Both the woman and King are doing great.”

During sentencing, the judge said Tremblay is a danger to society.

“Anyone who could inflict such suffering on an animal… without the slightest sign of compassion must be regarded as a danger to the community… I do not believe a human being with a healthy psyche could commit such an offence,” said Judge Ted Gouge.

Chortyk said the motivation of the attack is unknown.

“This is obviously a pretty violent individual, we don’t know what the motivation was,” Chortyk said.