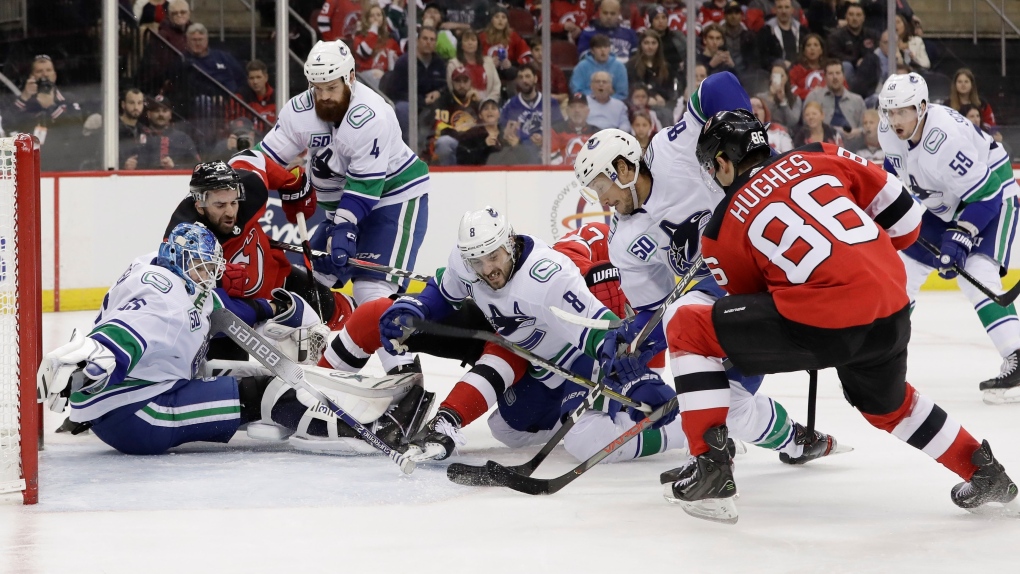 Jack Hughes, 18, played in his eighth NHL game after he was selected by New Jersey with the No. 1 overall pick in this year's draft. Quinn Hughes was a first-round selection by Vancouver in 2018.

There were approximately 80 Hughes family members and friends on hand for their first NHL matchup.

New Jersey went ahead to stay on Hughes' power-play goal 14:08 into the first period. Taylor Hall kept the puck on his stick while eluding two defenders and fired cross ice to Hughes, who beat Canucks goalie Thatcher Demko.

Blackwood was especially stingy in the second period, when he turned aside 14 shots, including three in a frantic 43-second stretch.

With seven minutes left, Elias Pettersson fired a high shot that Blackwood pushed off the crossbar. Then he stopped Alexander Edler on a breakaway after Edler left the penalty box. The rebound bounced out to Edler, who fired it through the crease.

The Devils' penalty killers had another solid performance, killing off six power plays two days after killing off seven straight chances against the New York Rangers. The Devils allowed eight power-play goals over their first six losses of the season.