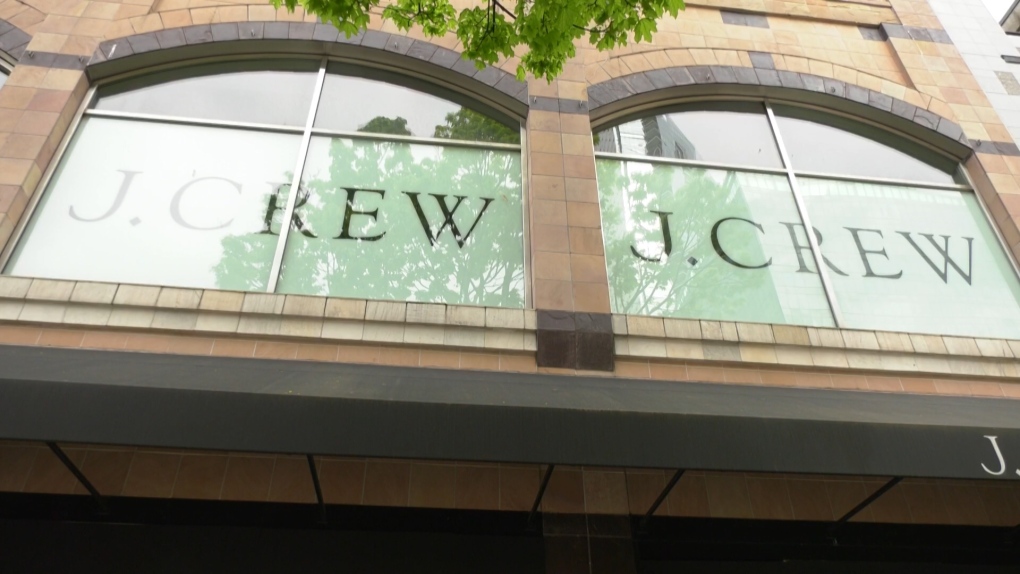 The J.Crew store on Robson Street in Vancouver, closed during the 2020 pandemic.

VANCOUVER -- American retailer J.Crew has filed for Chapter 11 bankruptcy in the U.S. The chain, which was already facing financial problems before the pandemic began, is now undergoing restructuring.

The company also owns Madewell, a denim–focused brand that recently had its upcoming initial public offering postponed. J.Crew had been planning to use the money generated pay existing debts.

Some of J.Crew’s Canadian stores have closed in recent years, after expanding into the country in 2011. But the company says it plans to re-open existing stores when COVID-19 health restrictions are lifted.

Other clothing retailers are also expected to file for bankruptcy in the coming weeks, as the financial consequences of the pandemic shutdown become clear.