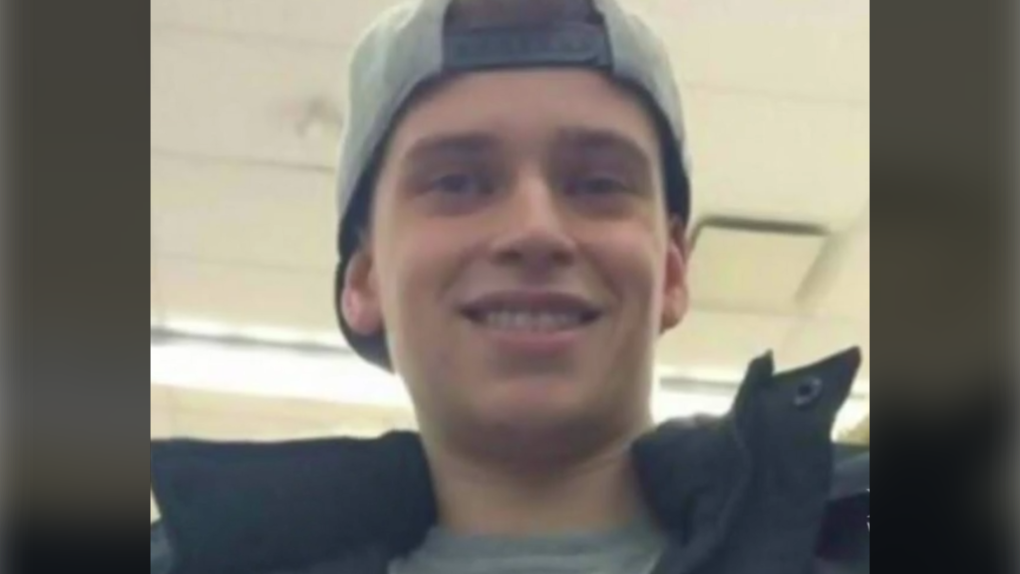 Hudson Brooks is shown in a provided image.

VANCOUVER -- An inquest will be held into the police-involved fatal shooting of a B.C. man alleged to have tackled a member of the RCMP back in 2015.

In a brief notice issued Monday, the BC Coroners Service said the inquest into the death of Hudson Brooks will begin on March 1 in Burnaby.

Presiding coroner Lyn Blenkinsop and a jury will hear testimony from witnesses to determine the facts around Brooks's death.

The inquest will have no legal repercussions, but will give the jury an opportunity to make recommendations on how to avoid such deaths in the future.

The jury will also determine how, when, where and by what means Brooks died.

An officer was previously charged with aggravated assault and assault with a weapon over the shooting, which occurred outside the headquarters of the Surrey RCMP.

However, those charges were stayed in 2019, with the B.C. Prosecution Service saying evidence against that officer did not meet the charge assessment standard.

At the time, the BCPS said evidence presented in the preliminary hearing suggested police believed Brooks was in a state of "excited delirium or cocaine psychosis," symptoms of which include "extreme agitation," hostility and endurance without fatigue.

Documents presented in court confirmed drugs and alcohol were in the young man's system at the time.

The account from police, according to the BCPS, is that Brooks was banging on the driver's side door and window of a police vehicle. He did not stop when asked, officers said, and then turned his attention on the Mountie who ultimately shot him as he moved toward her.

Documents presented in court suggested Brooks tackled the officer, who fired a total of 12 shots. Nine of those hit Brooks, and one hit the officer's own leg.

Brooks's family told CTV News that the charges being stayed was "a travesty of justice."

"Hudson needed help. He came down this way for help," said his grandmother, Donna Gauti, in 2019.

"How is this acceptable in this society? It's not," his mother, Jennifer, said in an interview with CTV.

The inquest will be held at the Burnaby Coroners' Court.

The verdict and any recommendations will be posted online when the court proceedings are over.