Inquest into RCMP shooting of Hudson Brooks ends with 3 recommendations 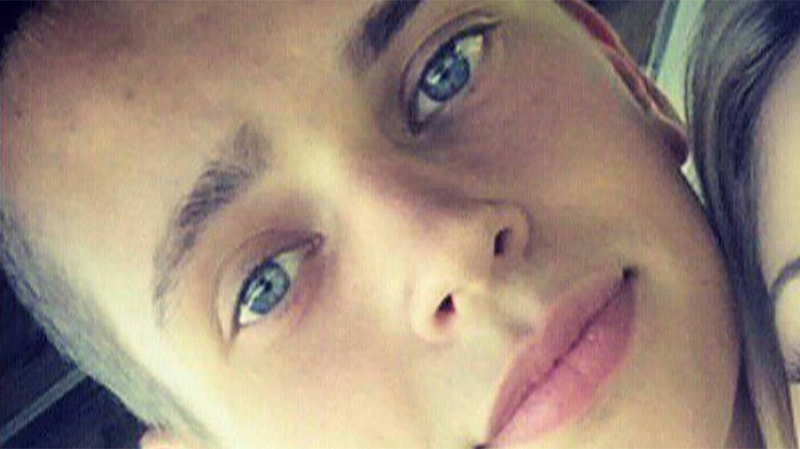 Hudson Brooks, 20, was shot to death by Mounties in the early morning hours of July 18, 2015 outside a Surrey RCMP detachment.

VANCOUVER -- A coroner's inquest into the 2015 police shooting that killed 20-year-old Hudson Brooks has issued three recommendations including increased training for officers.

The inquest, which is not a criminal proceeding, was announced back in January. It began on Monday and ended Thursday night.

In its verdict, the coroner's inquest ruled the incident was a homicide and offered three recommendations. One was to the RCMP to increase training around the "incident management intervention model," particularly when it comes to the use of force.

Another recommendation was directed at B.C.'s police watchdog, the Independent Investigations Office, to release their findings to the RCMP after its investigations so training solutions can be developed.

The third was to B.C.'s public safety minister, to review current standards and training and to consider new technology for what it called "intermediate force options," including conducted energy weapons.

While Brooks' family is glad for the acknowledgement in the inquest's verdict, his older brother told CTV News Vancouver he has little hope any significant change will come from it.

"When you hear homicide, that's what I've always viewed Hudson's death as. It's nice to see that," Beau Brooks said, adding that he still has "zero faith" the recommendations will bring change.

"I think there's a real issue with our police forces. It would have to be a whole overhaul."

The police officer who shot Brooks nine times testified this week that she thought she was going to die on the night of the altercation outside the RCMP's Surrey detachment.

"I remember thinking, 'I’m not going home tonight.' This guy is saying he wants to kill me…This guy has every intention of actually killing me,'" Elizabeth Cucheran told the inquest.

Cucheran had been assisting a colleague who had been responding to a 911 call in the overnight hours of July 18, 2015, of a man who was seen wandering in the middle of the street near the detachment, and who Cucheran testified, "needed help."

Cucheran was charged with aggravated assault and assault with a weapon in December 2017.

The charges were stayed nearly two years later, after an expert testified during a preliminary inquiry that Brooks was likely suffering from "excited delirium." Underlying causes, the BC Prosecution Service said in a 2019 news release, include illicit drug use or mental illness.

"The fact that my brother needed help and the fact that he was met with fear and a gun and nine bullets, the fact that it even got to that point so fast, there needs to be some de-escalation training," Beau Brooks said.

"My brother needed help and he was given the exact opposite."