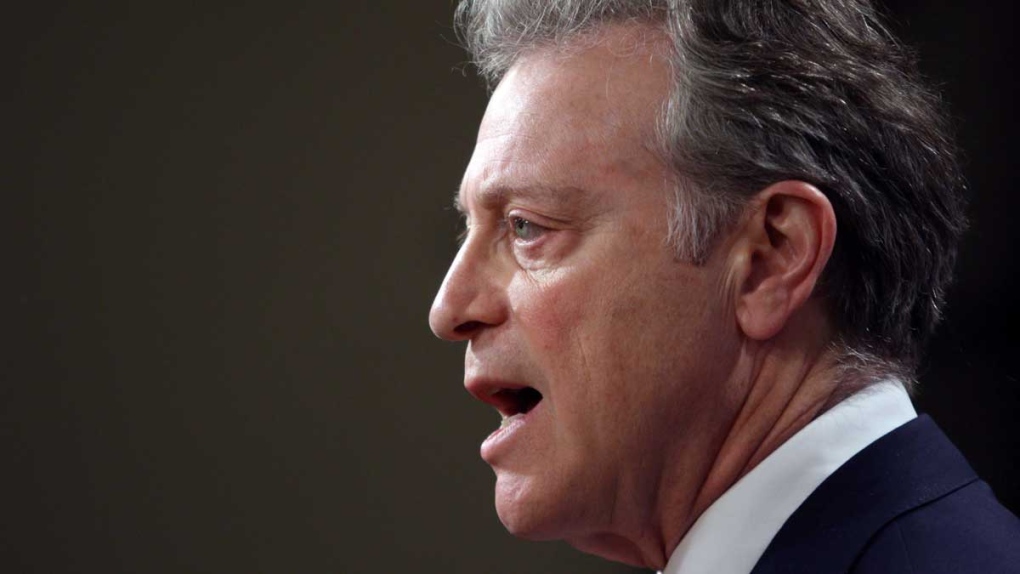 Environment Minister George Heyman discusses filing a court case regarding oil jurisdiction in B.C. during a press conference in the press theatre at Legislature in Victoria, B.C., on Thursday, April 26, 2018. (Chad Hipolito / THE CANADIAN PRESS)
Vancouver -

British Columbia's environment minister says the province is expecting to make constant adjustments to its climate action plan as research and technology advance.

Minister George Heyman says the government aims to make its plan as cost effective as possible to exceed its climate change targets, which requires innovation.

Heyman made the statements in a media teleconference from the United Nations' COP26 Climate Summit in Scotland, where he was invited to discuss the climate crisis with other government leaders.

Last week, the B.C. government introduced its climate plan to chop greenhouse gas emissions by 2030, which includes initiatives like reducing the number of kilometres driven by residents by 25 per cent compared with last year and boosting the carbon tax.

Heyman gave keynote remarks during a panel at the gathering about the government's CleanBC Roadmap to 2030, which he says was met with enthusiasm from other leaders at the conference.

Before returning to B.C. on Monday, Heyman says he'll be meeting with others at the conference to discuss what is working and what can be improved at a local level to aid in national and global efforts to combat climate change.

“I think (leaders) accept the message we're sending that we need to have a clear target that is aligned with the commitments of the goals to meet the Paris Agreement, and then you need a plan to reach those targets. That plan has to have clear measures to show that we're on track with our planet,” he told the media on Wednesday.

B.C. will report annually for the next couple of years on its success and how the government is going to spend money to support the climate agenda, he says.

Heyman also attended a carbon pricing panel that indicated the idea is “integral to fighting climate change” and he says the CleanBC plan puts the province ahead of the curve.

“The kind of model that B.C. is setting with our carbon price is a clear signal to investors that there are plans to move toward climate-friendly industrial decarbonization, and that is what investors are looking for.”

The summit, which was delayed one year by the COVID-19 pandemic, is intended to finalize the rulebook for the Paris Accord, including how carbon emissions trading can work between countries.

This report by The Canadian Press was first published Nov. 3, 2021.