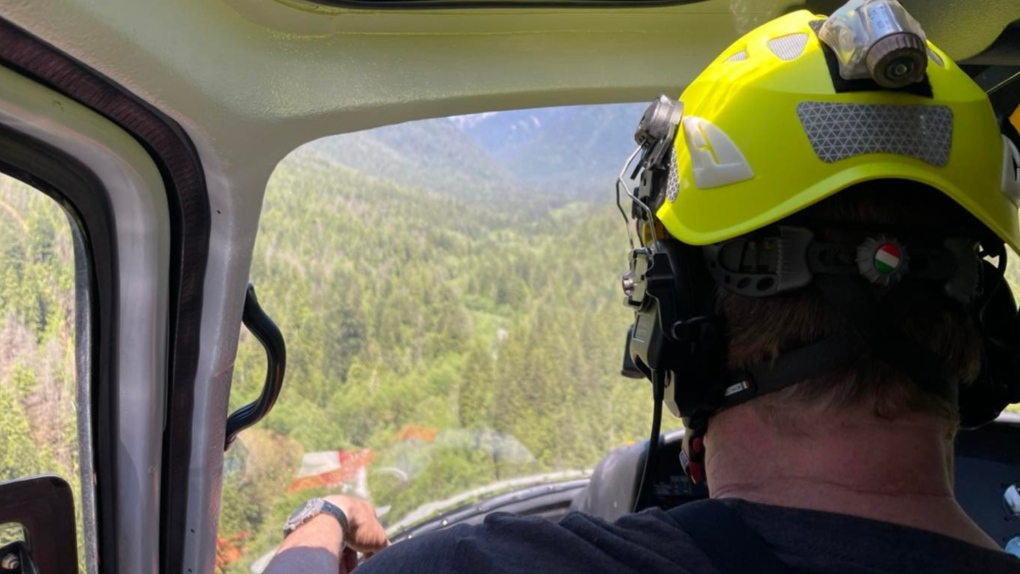 As B.C.'s Lower Mainland experiences its first heat wave of the summer, North Shore Search and Rescue crews are being kept busy.

A satellite device likely saved the life of an injured hiker on the North Shore Sunday, according to search and rescue crews who say the warm weather has made for a busy weekend.

North Shore Rescue's Jim Lore says this particular hiker broke his arm and suffered other injuries when he fell down in Wickenden Creek.

The beacon he had allowed him to alert the RCMP who called in the SAR team. A helicopter was dispatched and the hiker was successfully hoisted to safety before an ambulance took him away.

"Fortunately, he had that device," he said. 'It would have been a much different outcome if he didn’t."

In addition to having a reliable way to communicate, Lore says it's important to wear brightly coloured clothing, adding this rescue was complicated because the hiker was effectively camouflaged.

"We had to fly over a few times before we are able to locate him," he toldCTV News.

As the region experiences the year's first blast of hot weather, parking lots at popular hiking destinations like Lynn Valley and Mont Fromme quickly filled up as people ventured onto trails and into the backcountry.

"I think everybody's been anxious to get out into the outdoors with the colder spring we've had. This is our first really nice weather so it's super busy up there, lots of people around," he said adding crews were also called out three times on Saturday.

Lore's key top for staying safe is to be prepared -- which this hiker was.

"Always plan for things to go wrong and you'll be in a lot better position of they do go wrong," he said.

Preparation includes getting familiar with the terrain and the level of experience needed to safely navigate it by doing research ahead of time. It also means telling someone what the plan is.

"Tell people where you're going, that way if you don't show up at least we know where to start looking," Lore said.

Having the right gear is also key.

On the lower parts of the trails, high temperatures mean it's crucial to stay hydrated. At higher elevations, Lore says, it's important to remember there is still snow. Having warm clothes, crampons, and an ice axe are some key ways to be ready for those conditions.

Even with longer days, Lore said a flashlight is a must-have.

More tips on how to prepare for the outdoors are available from Adventure Smart.

COVID-19 hospitalizations due to Omicron are vastly underreported: grassroots organization

Analysis by a grassroots organization of scientists reveals hospitalizations from the Omicron variant of the virus that causes COVID-19 could be 70 per cent higher than what has been reported since December.

An Ontario mayor had some harsh words for protestors who attempted to place local police officers under arrest Saturday.