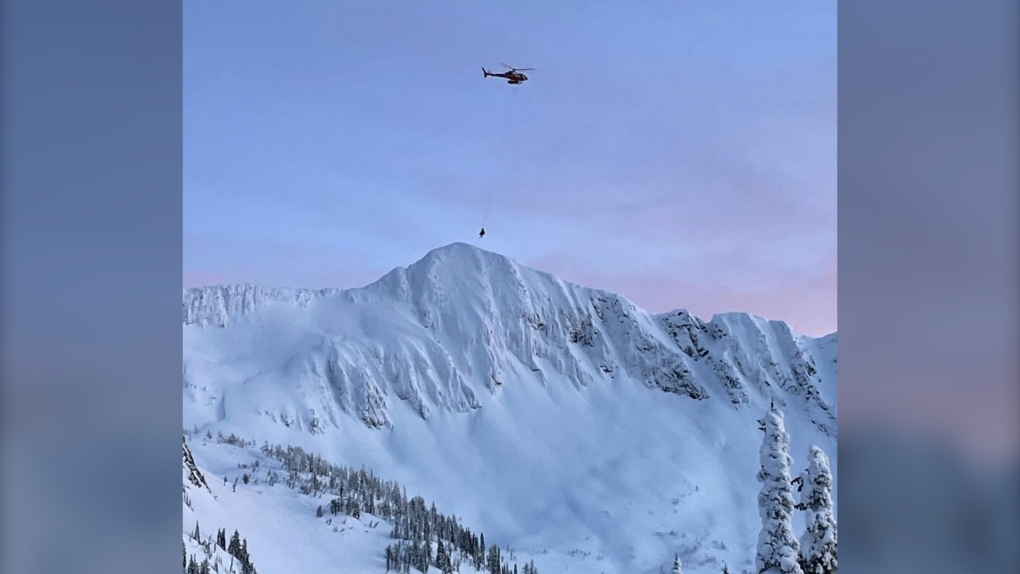 A search and rescue crew in the B.C. Interior is praising an injured skier for activating their SOS device "as early as possible" when they got into trouble.

The backcountry skier was stuck near Enma Peak in the Whitewater backcountry near Nelson late Saturday afternoon, but there was just enough daylight left to allow Nelson Search and Rescue to perform a helicopter rescue.

The SAR team shared details and stunning photos of the rescue in a Facebook post Saturday evening, saying a long line rescue by helicopter was the most efficient way to retrieve the injured skier.

"Any later and possibly a night rescue and/or potential night out in the backcountry would have taken place, putting the subjects and/or rescuers at greater risk," Nelson SAR said in its post.

The skier was taken by helicopter to the Whitewater parking lot, where paramedics from B.C. Emergency Health Services were waiting.

The SAR team thanked Kootenay Valley Helicopters, Whitewater Ski Patrol, BCEHS, the RCMP and the local emergency co-ordination centre for their help with the rescue.

Two people have died after trees were downed during a severe thunderstorm hit most of southern Ontario on Saturday afternoon.

As the May long weekend kicked off, a massive thunderstorm in southern Ontario brought strong wind gusts that knocked down trees, took out power and left one person dead.

Marineland bans lawyer, filmmaker and scientist among others from entering park

Marineland has banned a number of people from its premises, some of whom have never visited the Niagara Falls, Ont., tourist attraction, days before the facility was set to open for the season.