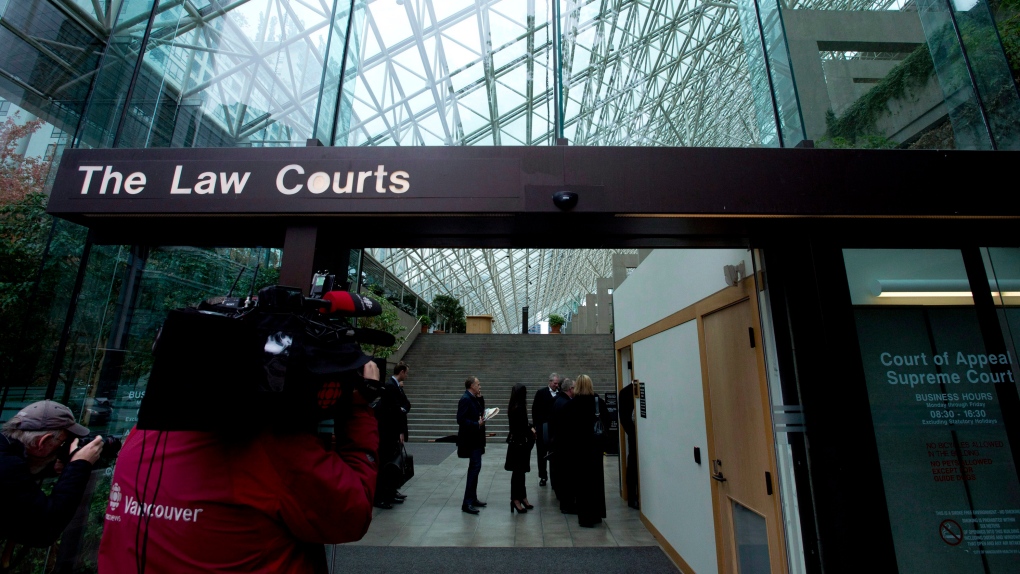 In this file image, people line up to be screened to enter the British Columbia Supreme Court in Vancouver, B.C. on Monday, Sept. 30, 2013. (Jonathan Hayward / THE CANADIAN PRESS)

VANCOUVER - Aboriginal heritage must be considered when placing a child with an adoptive family, but it does not overrule all other factors in deciding their best interests, the British Columbia Court of Appeal has ruled.

The unanimous decision released Tuesday is the latest in the province to grapple with the issue of how much weight should be given to cultural identity when First Nations, Metis or Inuit children are being adopted.

The case involves a 10-year-old Aboriginal boy who was taken from his biological mother at birth when cocaine was detected in his bloodstream. He was legally adopted by a couple who have cared for him since he was 14 months old.

The adoptive father is non-Indigenous while the mother is Aboriginal, but not from the boy's nation. They also have two other adopted Aboriginal children who are not related.

The birth mother argued the judge who issued the adoption order did not adequately consider the boy's heritage. But the panel of five appeal court judges ruled that Aboriginal background is just one of several factors that must be weighed.

“The child had a strong emotional bond with the respondents' family, including his two siblings, would likely suffer traumatic harm in the short term and lasting emotional harm in the long term if removed from their family,” Justice Daphne Smith wrote on behalf of the panel.

The boy “wanted to stay with the respondents with whom he identified as his mother and father, 'forever,' ” Smith added.

Last year, the appeal court ruled against a Metis foster mother who wanted to adopt a Metis toddler she had raised since birth. The Ministry of Children and Family Development moved the child to Ontario, where she is living with her biological siblings and their non-Indigenous adoptive parents.

The foster mother and her husband have since moved to a different jurisdiction, where they are continuing to fight to adopt the little girl.

The appeal decision released Tuesday references the ruling in the case of the Metis toddler. Although the facts of the two cases are different, both tangle with similar issues around the importance of Indigenous heritage and blood relationships.

No one involved with either case can be named because of publication bans.

His biological mother began substance abuse recovery and her progress led the couple to allow her and the grandmother to visit overnight, the ruling says. On one occasion, the birth mom and grandmother asked for the boy's passport, health card and Indian Status card to take him to the U.S.

The couple agreed and gave them the documents. But when they didn't return him for 10 days, the couple obtained a court order granting them interim sole custody. The order also restrained the birth mother and grandmother from communicating with the boy.

The birth mother and grandmother have not seen the child since he was removed from the grandmother's home by police.

A judge later issued an order granting the couple permanent custody of the boy, which the birth mother appealed.

Smith, the appeal court judge, wrote that a child's Aboriginal heritage and cultural identity does not attract “super-weight” over all other factors when determining whether an adoption order should be made.

Even if the birth mother's interpretation of the law were to be accepted, the adoptive parents have done all they can to ensure the child participates in and learns about his culture, Smith wrote.

“The evidence is clear that the child knows about his particular band and First Nation, and speaks with pride about being Aboriginal.”