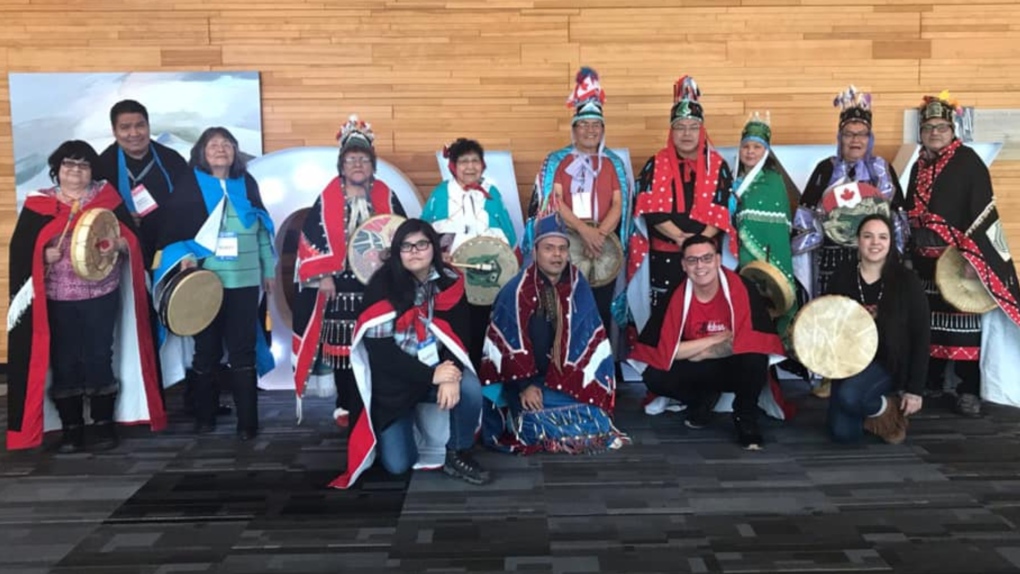 The Vancouver Police Department is investigating the theft of regalia and drums belonging to a group of people visiting Vancouver from a northern B.C. First Nation. (Facebook/Elizabeth Sam)

VANCOUVER -- The Vancouver Police Department is investigating the theft of regalia and drums belonging to a group of people visiting Vancouver from a northern B.C. First Nation.

The items were stolen from a vehicle parked in a lot near the intersection of Richards and Dunsmuir streets sometime overnight Tuesday, VPD said.

Facebook messages to CTV News Vancouver indicate that the stolen items belong to a group of drummers, dancers and singers from the Lake Babine First Nation, near Burns Lake. The group was in Vancouver for the First Nations Health Authority's "Gathering Wisdom for a Shared Journey X" conference.

The theft occurred while the group was staying at a hotel on West Hastings Street, according to the Facebook posts.

CTV News has reached out to a representative from the group for more information, and this story will be updated when a response is received.

Vancouver police said Thursday that they were made aware of the theft around 8 a.m. Wednesday. The VPD's property crime section is investigating, and all patrol officers in the downtown and East Vancouver areas have been informed of the theft and asked to keep an eye out for the missing items, police said.

The VPD is working on getting photos of the stolen items to post on social media, and is welcoming tips from the public on the theft, according to a spokesperson.