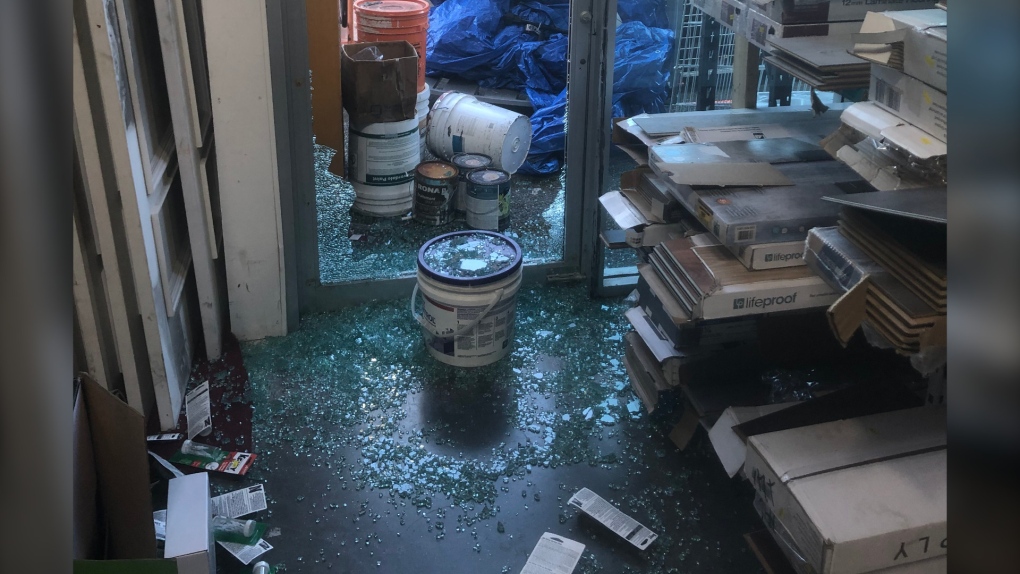 Shattered glass is seen next to a broken window at the Habitat for Humanity ReStore in Langley, B.C. (provided)

LANGLEY, B.C. -- A charity organization in Langley is reeling after thieves busted into their non-profit store over the Easter long-weekend.

Staff at the Habitat for Humanity ReStore made the shocking discovery Monday morning when they found empty shelves and shattered glass on the floor.

Store manager Nadia Brigden estimates about $30,000 worth of tools was taken, but by the time repairs and upgraded security bills are added in, she expects the loss to climb even higher.

“It looked like they (the thieves) went through the store quite thoroughly,” said Brigden.

Brigden says the thieves found a way to get in without triggering the store alarm.

“We’re a non-profit. We work at building houses for low-income families.”

She says those homes are built with volunteers both locally and abroad with projects planned for or underway right now in some Lower Mainland communities.

Langley RCMP confirm they are investigating but Brigden doubts the tools will be found.

“I think they’ll just be sold. I can’t see that they will ever get recovered,” she explained.

The store is now looking at how to beef-up security, frustrated anyone would steal from a charity.