In the last 2 months there have been COVID-19 exposures at more than 200 schools in Metro Vancouver, Fraser Valley 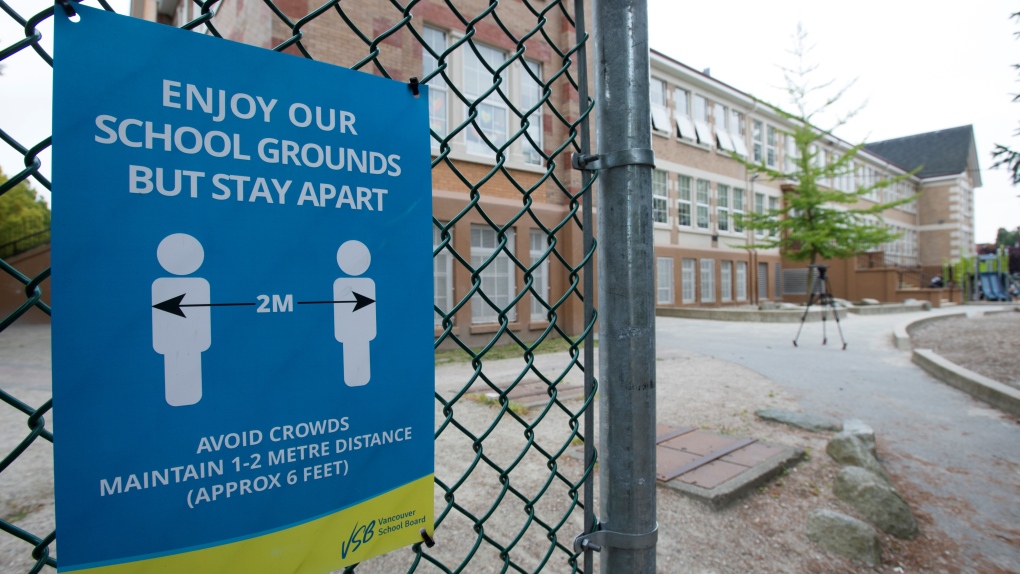 A physical distancing sign is seen during a media tour of Hastings Elementary School in Vancouver on Sept. 2, 2020. (Jonathan Hayward / THE CANADIAN PRESS)

VANCOUVER -- Health and education officials have confirmed more than exposures to COVID-19 at more than 200 schools in the first two months of the school year.

CTV News has been keeping a list since the start of September of exposures at schools in the Fraser and Vancouver Coastal Health regions.

Updates Monday included six schools which haven't previously had exposures reported to novel coronavirus, bringing the total in those two regions to 201.

The list includes schools with exposures posted by officials with the health authorities, as well as those which have sent letters to parents, who have then contacted CTV.

The actual total may be higher, as Vancouver Coastal Health was not reporting exposures publicly, just notifying parents, earlier in the year.

Provincial health officials have since clarified the expectation, and VCH has been publicly posting dates of exposures at local schools.

The vast majority of exposures confirmed so far have been at schools in Fraser Health, and particularly in Surrey.

The province's second largest city has seen exposures at more than 60 schools, and many of those schools have had several exposure events.

Fraser Health uses the term "exposure" to refer to a single person with a lab-confirmed COVID-19 infection who attended school while they were infectious.

An "outbreak," only one of which has been announced in all of B.C., is a term used when multiple people are known to have coronavirus, and transmission is likely widespread within a school. So far, the only incident health officials are calling an outbreak is at a school in Kelowna.

But a second school was closed this fall due to exposure. Chilliwack's Mount Cheam Christian School was closed although the event was not officially considered an outbreak, according to provincial health officials.

Earlier in October, Dr. Bonnie Henry said exposures at schools are not unexpected.