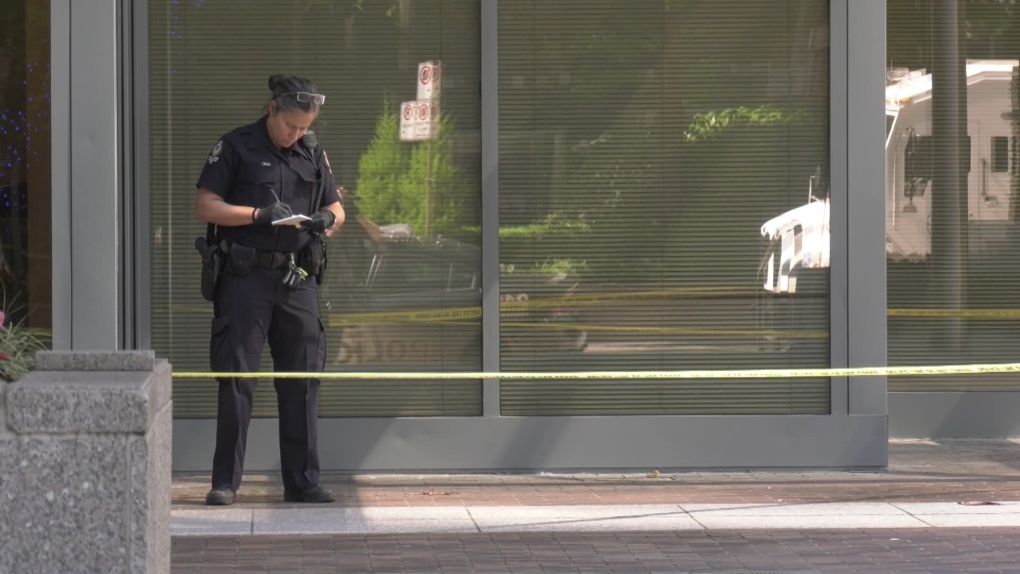 A Vancouver police officer is seen near Burrard and Pender streets on June 16, 2020.

VANCOUVER -- Police in Vancouver say an investigation into an attempted vehicle break-in led them to find an explosive device.

Vancouver police were called to the area of Burrard and Pender streets at about 9 a.m. Tuesday over reports of an attempted break into a car.

One of the men, police say, had a "possible explosive device" in his backpack.

In a statement sent to media later in the afternoon, police said what they'd found was an improvised explosive device.

Officers cordoned off a section around the scene, closing roads to traffic and causing buses to reroute temporarily. The bus detours cleared at about 1 p.m.

The area was cleared to reduce the risk to the public, the Vancouver Police Department said, as its Emergency Response Section was called in to detonate the device.

"Given the time of day, the area was heavily populated," Const. Tania Visintin said in a statement.

The device was safely detonated, she said.

Police were in the area investigating for several hours but said there was no risk to the public.

A 39-year-old man was arrested and charges related to the alleged attempted break-in have been recommended.

Police say they anticipate recommending charges related to the explosive as well.