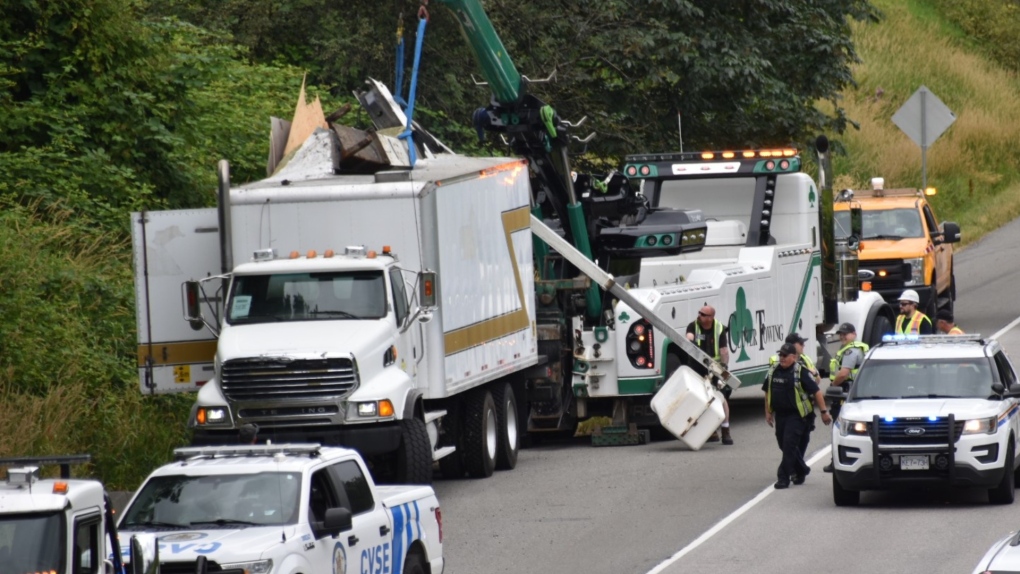 Construction is officially underway along Highway 1 through Langley, B.C.

The province is widening the highway and replacing a number of aging overpasses.

It’s a long overdue upgrade for commuters in the Fraser Valley who find themselves stuck in gridlock traffic on a daily basis.

Minister Rob Fleming says the upgrades will relieve congestion for drivers and address some problematic areas.

“Our goal is to make life better for moms and dads who are driving their kids to soccer practice and are stuck in traffic in the evening,” Fleming said during a news conference.

The massive project will widen 10 kilometres of Highway 1.

Crews are starting their work at the problematic Glover Road overpass.

It’s lower than the other ones along the Fraser Valley stretch of Highway 1.

As a result, the overpass has been repeatedly struck by trucks with overheight loads, forcing its closure for repairs and snarling traffic below.

The overpass connects the Milner area with Fort Langley across the highway.

Replacing it will cost nearly $20 million.

The new crossing will include three-metre-wide multi-use pathways in both directions for bikes and pedestrians. Since the upgraded crossing will replace the old one, the overpass will have to be shut down in the coming weeks.

The resulting detour is estimated to add about five minutes of travel time and will last for just over a year, as the new overpass is estimated to be open by summer 2024.

The Highway 1 216th-264th Street Widening Project is valued at $345 million, with the federal government contributing up to $95.9 million.

The province is committing $225.58 million and the Township of Langley will give the remaining $23.37 million.

The entire project is expected to be completed by 2025.