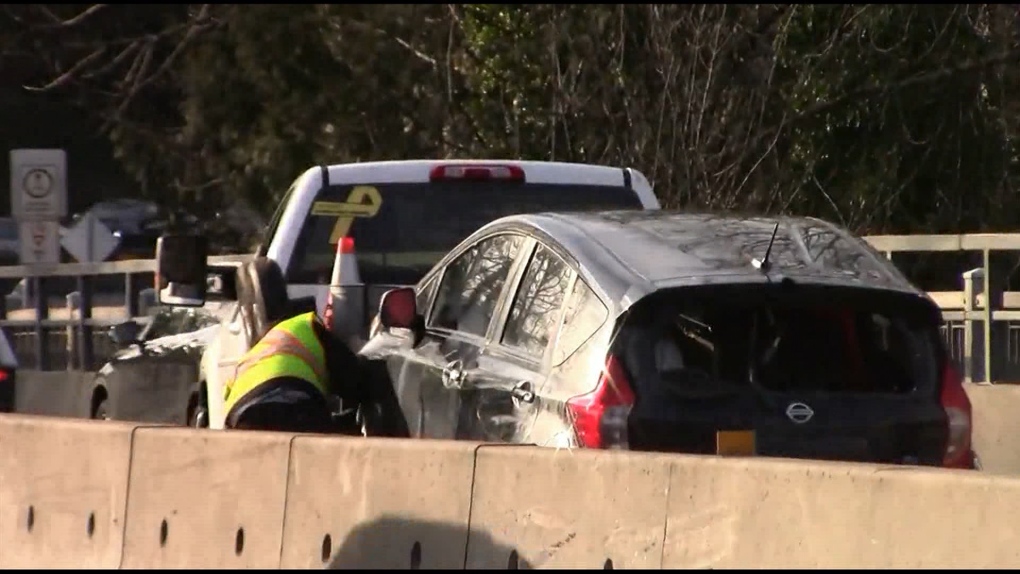 The IIO is now investigating after an arrest that occurred on Highway 1 Wednesday afternoon. (CTV)

VANCOUVER -- British Columbia's police watchdog is now involved in an incident that saw a wanted man steal an officer's keys and lead police from Abbotsford to West Vancouver on Highway 1 Wednesday afternoon.

The Independent Investigations Office of B.C. announced Thursday that it had been notified of the incident, which began around 1 p.m. Wednesday after what police called a "routine traffic stop" on Highway 1 near Bradner Road in Abbotsford.

An officer pulled over a man driving a vehicle with Ontario licence plates, checked his identification and determined he was wanted on six warrants from another province, according to a release from the RCMP's Fraser Valley Traffic Services unit.

Police say the man then assaulted the officer who had pulled him over and stole the keys to the officer's vehicle, fleeing the scene in a small black car.

The IIO became involved because of how the incident ended. For about an hour, the man led police through multiple jurisdictions along Highway 1, eventually coming to a stop in traffic on the Capilano River Bridge in West Vancouver.

There, around 2 p.m., officers from the Vancouver and West Vancouver police departments, as well as the Lower Mainland Integrated Police Dog Service, arrested the man.

According to the IIO, a police dog bit the man during his arrest, causing an injury that required surgery to repair.

The IIO is now investigating to determine what role, if any, the officers' actions may have played in causing what it described as "serious harm" to the man.

The office is an independent, civilian oversight agency tasked with investigating all incidents involving police in British Columbia that result in death or serious harm, regardless of whether there is any allegation of wrongdoing on the part of police.