'I've been away too long': Surrey man reunited with family after weeks stuck on a cruise ship 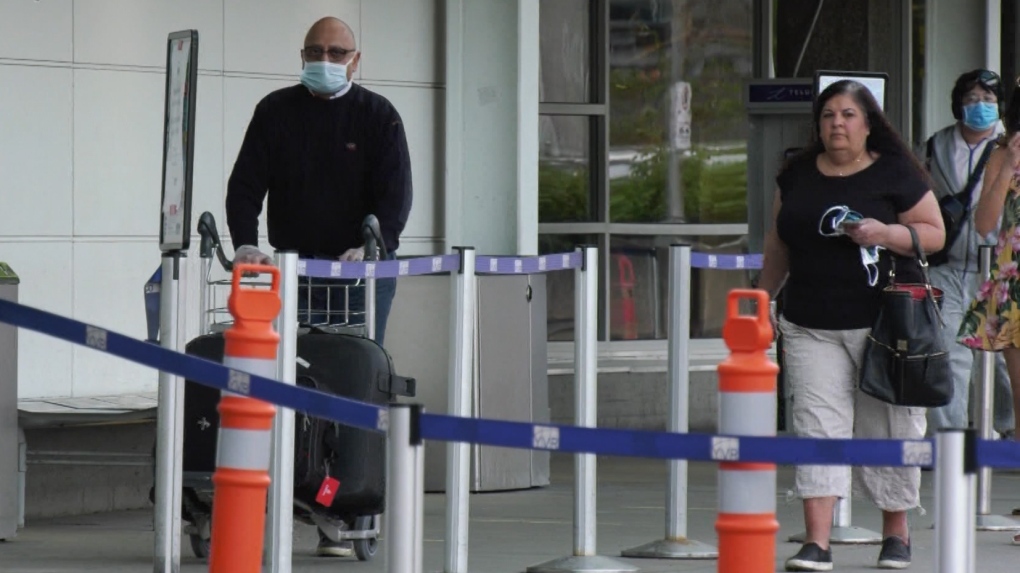 Krishna Prasad arrives back at Vancouver International Airport on May 10, 2020 after being trapped on a cruise ship for weeks.

VANCOUVER -- After spending months at sea, Krishna Prasad is back home in Surrey with his wife and daughter.

Prasad is a senior maître d' with Carnival Cruise Line and started his contract in September. He was meant to be home in April, then the global pandemic hit.

"It was a busy contract for me when all this started and my stay was extended," Prasad told CTV News after arriving to Vancouver International Airport Sunday night.

While he's happy to be home, it's a bitter sweet moment. He can't hug his family and will have to isolate from them for two weeks.

"It's kind of surreal to be honest because it's not the norm," his wife Leah said. "It's not rushing up to him and getting a hug and a kiss."

His daughter, Tara said while it was nice having her dad home, it also felt weird.

"I'm used to him being gone so long, but the moment he comes home I go and give him a big hug and I can't do that this time."

Prasad, along with hundreds of other staff were stuck aboard the Emerald Princess. Passengers were taken off in March and two weeks later, staff were told to isolate in their cabins.

"We just had to come out to eat, do laundry get some drinks if you wanted and then go back to the cabin it was really tough for I don't even know how many days it was," she said.

The ship was finally able to dock in Florida on Saturday, and more than 50 Canadians were flown to Toronto on a charter flight.

But there are still Canadians stuck at sea. Global Affairs says it's tracking 70 cruise ship and estimated more than 200 Canadians are among the crew members onboard.

Prasad has this advice for those still waiting.

"Talk to friends, talk to your family that's the easiest and the best way to do it otherwise cooped up in a cabin and not doing anything it's not an ideal situation."

Families call for investigation into long-term care in B.C., allege disturbing lack of care for seniors