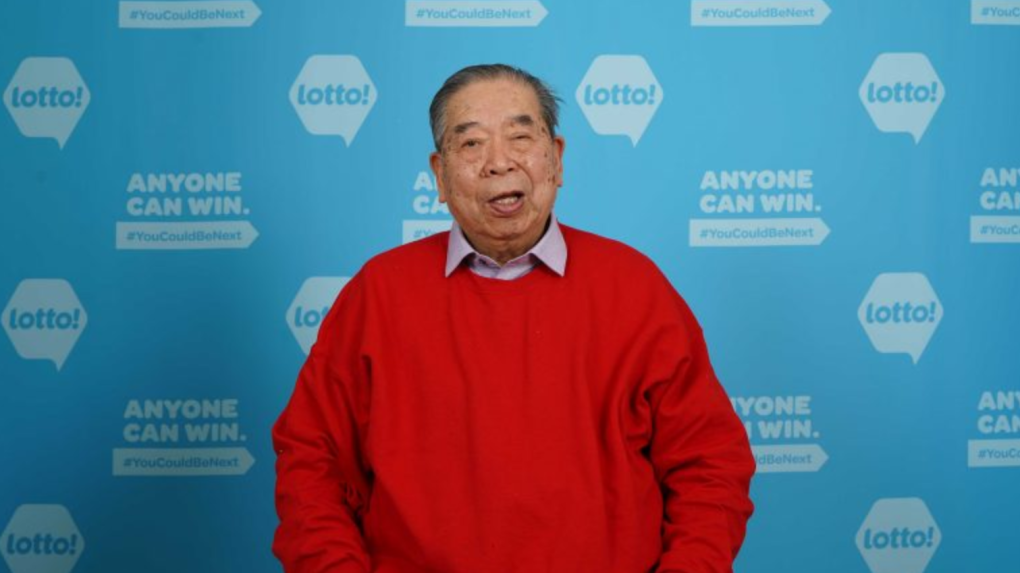 Yee Mon Gin is shown in a photo provided by BCLC.

VANCOUVER -- B.C.'s newest millionaire had a touching response to his newfound fortune.

Yee Mon Gin won $1 million from a Lotto Max draw back in October. His Maxmillions prize came from a purchase at a Vancouver convenience store, where he regularly buys tickets to the draw.

He checked his ticket at the 88 Supermarket on Victoria Drive, where it was first purchased, and said he was "in shock" at the win.

The first person he told was his son, according to a statement from the B.C. Lottery Corporation issued Tuesday.

Gin said he loves cruises, and plans to go on another when it's safe to do so. But otherwise, he hopes to spoil his family.

His response to the win, after the shock wore off, was simple: "I'm 85 years old and there's nothing that I need. I'm very happy."

Gin is one of several recent winners in B.C., including West Vancouver resident Leslie Hasman, who also plans to treat his family with his win of $9.3 million.

Another winner described as having a "heart of gold" said her "life has changed" after winning a $4.2 million jackpot. She told CTV News she bought a car for herself and another for her friend, then donated $45,000 to charity. And she said she's still working on her list, with more donations to come.

In Kelowna, a woman found herself $3 million richer after scratching a ticket in a parking lot. She had modest plans for the money: a house, a new car, and the rest in savings.

Another with modest plans is Mary Clark, a lawn bowler who had her eye on some new kitchen appliances after winning $500,000 in the fall.

Other recent winners include a group of Metro Vancouver hospital workers, who said they first thought it was a joke when they heard they'd won $6 million.