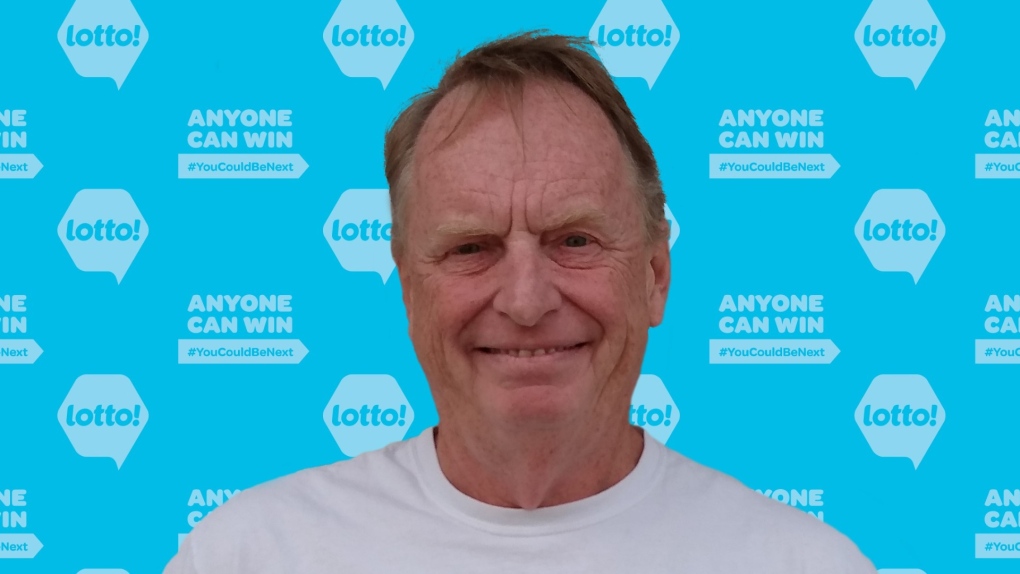 Michael Hewlett says he will retire early thanks to a $500,000 lotto win. (BCLC handout)
Vancouver -

A B.C. man will be retiring a few years earlier than originally planned thanks to a recent lotto win.

Michael Hewlett, who lives in Sorrento, bought his ticket from Matchbox Smoke and Vape Shop in Salmon Arm. When he discovered he'd won $500,000 in the July 13 Lotto Max Extra draw, one thing quickly came to mind.

"My first thought was that I don't have to go to work tomorrow," Hewlett said.

Hewlett actually plans to retire three years earlier than originally planned. His wife has already retired and the pair plan to see more of Canada together.

"We're hoping to purchase a camper trailer," Hewlett said. "I’ve always dreamed about traveling back to Quebec to see my family, and to travel to the East Coast with my wife."

The B.C. Lottery Corporation says more than $22 million in prizes have been redeemed so far this year with prize-winning Extra tickets.

To win the top Extra prize, winners must match all four numbers drawn. Draws are done every Tuesday and Friday.

BREAKING | Two Michaels land in Canada after more than 1,000 days of detention in China

After spending nearly three years in a Chinese prison, Michael Kovrig and Michael Spavor have finally landed in Canada

China's government was eagerly anticipating the return of a top executive from global communications giant Huawei Technologies on Saturday following what amounted to a high-stakes prisoner swap with Canada and the U.S.

'Marriage for all'? Swiss voters to decide same-sex marriage

Voters in Switzerland will decide Sunday whether to allow same-sex marriages in the rich Alpine country, one of the few in Western Europe where gay and lesbian couples do not already have the right to wed.