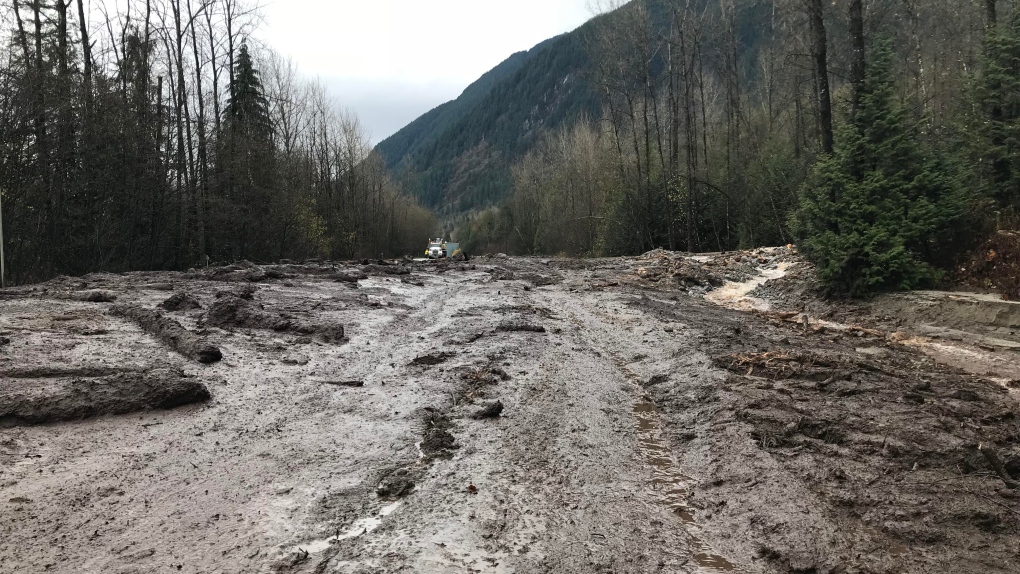 The aftermath of a mudslide along Highway 1 in the Fraser Valley is seen in this photo from Thursday, Nov. 23, 2017. (Steve Murray)

Several days after mudslides shut down a busy stretch of the Trans-Canada Highway, the section between Hope and Chilliwack, B.C. has fully reopened.

All four lanes of Highway 1 were reopened shortly before 6 p.m. Monday, four days after the initial closure.

Highway 1 was closed completely Thursday morning when three separate mudslides brought down a layer of muck and debris that was more than five metres thick in some places.

Mud and broken tree branches slid downhill after the area was hit with snow, rain and warm temperatures earlier in the week.

The Ministry of Transportation and Infrastructure brought in heavy equipment to clear the path, and the westbound lanes were opened Friday afternoon to one lane of traffic in each direction.

Crews then turned their focus to a nearby creek channel, hoping to reroute the water flooding the area. Once complete, they were able to clear a third lane of the 1.5-kilometre section, and three of the four lanes were operational by Sunday afternoon.

However, the fourth lane remained closed until Monday evening.

The delay on the final lane reopening was partially due to the amount of time required to rebuild the road shoulders damaged in the slides.