'However much you think you need': Comedian Chelsea Handler shares Whistler margarita recipe 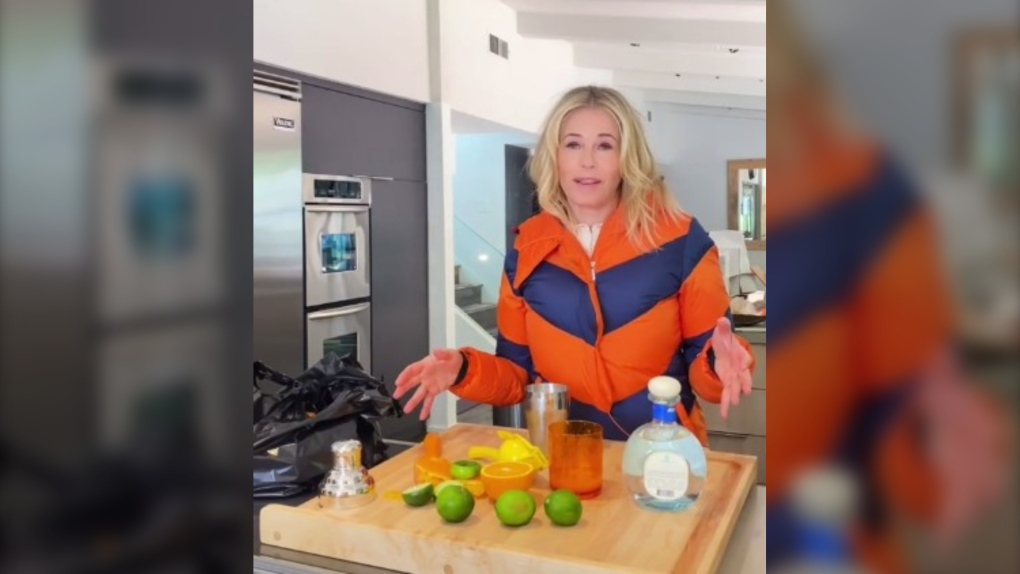 The American comedian spent several months filming in Whistler, B.C. where she says she “perfected” her margarita recipe, the video of which is shared below.

“This is my skiing margarita that I had almost every day while I was skiing in Whistler this past winter and it was the highlight of our afternoons and everyone was into it by the time we left and we perfected the recipe,” she says to the camera.

Wearing a blue and orange puffy jacket and standing behind a kitchen counter she shares the recipe, which uses a specific brand of tequila.

“It’s Don Julio Blanco – however much you think you need,” she says, as she free-pours several glugs into a margarita shaker.

She then squeezes a lime into a glass half-filled with ice.

“This is a lime squeezer as you may know, I just discovered that,” she says.

Handler also recommends adding juice from another citrus fruit such as an orange or clementine or “whatever you have.”

Then, the amateur cocktail-maker dumps the contents from her glass into the open margarita shaker. Instead of closing the top and shaking it, Handler begins quickly dumping the entire mixture back and forth between the glass and shaker, spilling some as she goes.

Once it’s back in the glass, she recommends topping it off with a bit of tangerine or lime flavoured soda water.

“This is the perfect margarita, no added sugar. You’re welcome!”

If my time in Canada taught me anything, it was how to make the perfect ##Margarita 🍹Cheers to the weekend!