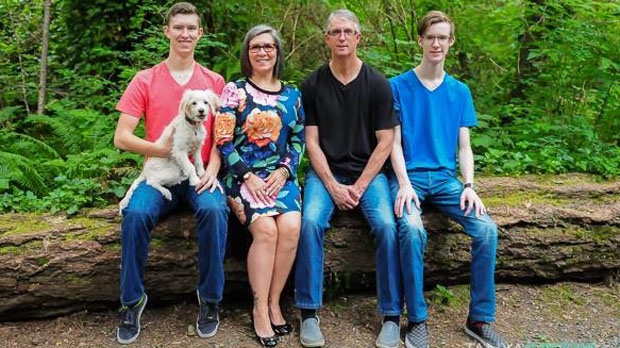 Chiquita Hessels’ uncle died of prostate cancer. Her sister had thyroid cancer and died at age 32. Her mother, grandmother and great-grandmother passed away of breast cancer. An aunt survived bone and colon cancer, only to die of liver cancer.

Most families would consider a family tree plagued with so much cancer terrible luck, but for Nanaimo, B.C. resident and breast cancer survivor Hessels it has another name – Li-Fraumeni Syndrome (LFS).

“There’s not many of us around, but our family has Li-Fraumeni Syndrome,” said Hessels, whose two sons and niece have also tested positive for the disease. “[Doctors] lovingly call us mutants.”

You may not have ever heard of Li-Fraumeni Syndrome, but anyone who has had cancer - or known someone affected by it - should pay attention: researchers believe people living with LFS may hold the key to learning more about the mysteries of cancer.

What would you do if you were diagnosed with a rare disease in which patients have a more than 90 per cent chance of developing cancer in their lifetime – in any part of the body and at any age - and the options for treatment were limited?

This was the situation the Hessels family found themselves in in 2012 when genetic testing diagnosed Chiquita with Li-Fraumeni Syndrome, a disease she inherited from her mother. 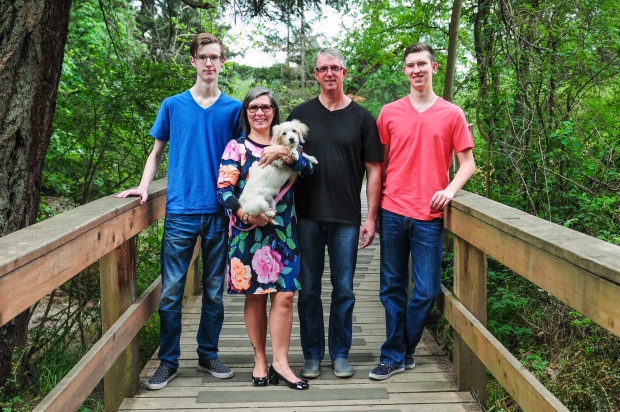 LFS is caused by mutations in a gene called Tp53, which plays a significant role in suppressing tumour growth. It’s also one of the most frequently mutated genes in cancers, meaning that when someone is diagnosed with cancer chances are p53 is involved.

In people with LFS the p53 gene is altered in some way, leaving the gene confused – and the results can be akin to a nightmare.

Each case is different, but some patients can experience six or seven different cancers before the age of 18. Carriers have a 50-50 chance of unknowingly passing the faulty gene onto their children, and there is no cure.

Around one in 1,000 to 5,000 people live with LFS, a number many within the scientific community believe is underestimated.

“The challenges faced by these children and families are devastating,” said Dr. David Malkin, a pediatric oncologist and internationally renowned LFS researcher at Toronto’s SickKids Hospital.

“It’s like a ticking time bomb waiting for the next cancer to develop, and we don’t clearly have any effective ways to treat LFS any differently than we treat any other cancer.”

Yet there’s hope: Dr. Malkin believe researching LFS and the mutated p53 gene will not only increase survival rates for those living with the disease, but it will also shed light on what happens in cancers amongst the general population.

“If we can understand what p53 does in LFS, then maybe it will give us clues about why it does it differently in other cancers,” he said.

“Any studies of human cancer that explore the role of this gene will be very valuable… and it’s probably gong to lead to some really exciting new breakthroughs.”

Chiquita’s two sons Evan, 20, and 18-year-old Arden both recently tested positive for LFS. They are well into the full body screening that patients are advised to undergo to catch cancer before it becomes a problem.

“It wasn’t particularly a big deal for me,” Evan said of his LFS diagnosis. “It happened, and so now I just have to deal with it… I’m not going to let this stop me from living my life.”

Arden’s doctors noticed some unusual moles, removing several and treating one as melanoma – his first cancer.

Evan also had a few moles removed, and a spinal MRI turned up an unusual mass. Further testing will determine whether both the lesion and the moles are cancerous or not.

Both boys are studying sciences at Vancouver Island University, and are well aware of the implications of a mutated p53 gene – but Chiquita is a firm believer that knowledge is power.

“Evan would come home on occasion and sit down and say, ‘we’re screwed,’” said Chiquita with a chuckle. “There was a bit of a joke factor in there, but he’s learned a lot about p53 so he understands what it means.”

Her 28-year-old niece Krystal Jochumsen also tested positive for LFS, but so far has been cancer-free.

When asked what it’s like living with under the constant threat of cancer, Jochumsen thinks for a moment.

“On a bad day I think about the numbers involved, that there’s a 93 per cent chance I’ll get cancer, and that’s a pretty big number. But most of the time I focus on the seven per cent chance that I won’t,” she said. 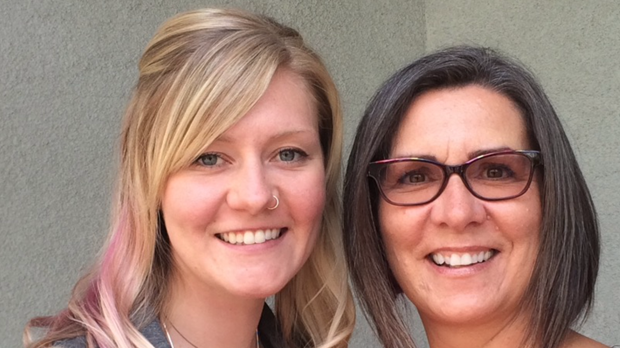 Chiquita Hessels and her niece Krystal Jochumsen both live with Li-Fraumeni Syndrome. (Handout).

“Information is so powerful”

Like others living with LFS, the Hessels’ are hopeful the growing interest in the disease – and its implication for all cancers – will result in new research findings and treatments in coming years.

More than 200 people attended the conference: around half were leading researchers, clinicians, and genetic counselors from around the world, while the other half were families affected the by the devastating disease – some coming from as far away as Brazil and New Zealand.

Chiquita and son Evan also made the trek to “learn as much as we can and make connections” with other families. 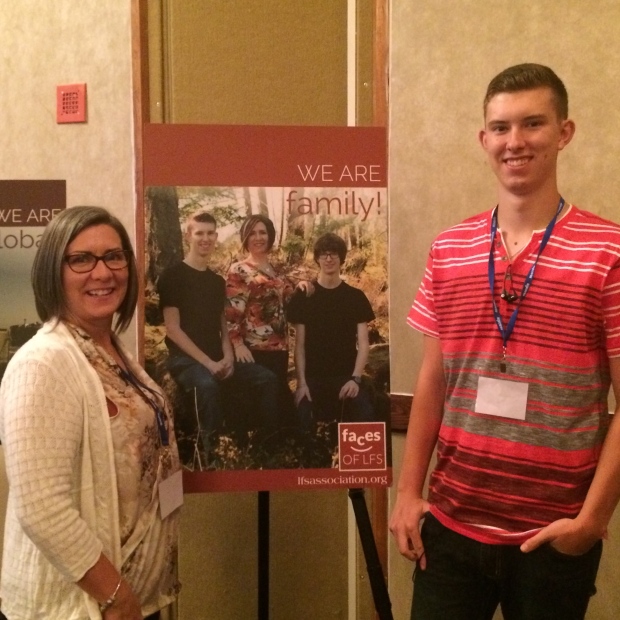 Chiquita and Evan Hessels pose with a poster the Li-Fraumeni Association made of their LFS-positive family.

In a room filled with tragic stories – more than one set of parents attending had lost multiple children to cancer – the atmosphere was one of hope.

“This is an amazing opportunity to collaborate and combine worlds to try and figure this disease out,” Dr. Malkin said in the conference’s opening remarks. “We will get the answers by blending the two worlds and working together – and only by working together.”

Chiquita agrees. She believes all Canadians who are considered high-risk for a cancer predisposition syndrome should be offered genetic testing like she was.

“Information – and research - is so powerful,” she said. “You can make a lot of changes, you can be proactive and involved in your own care if you have some answers.”