Horgan pledges $1.4B for long-term care, says elders deserve their own rooms 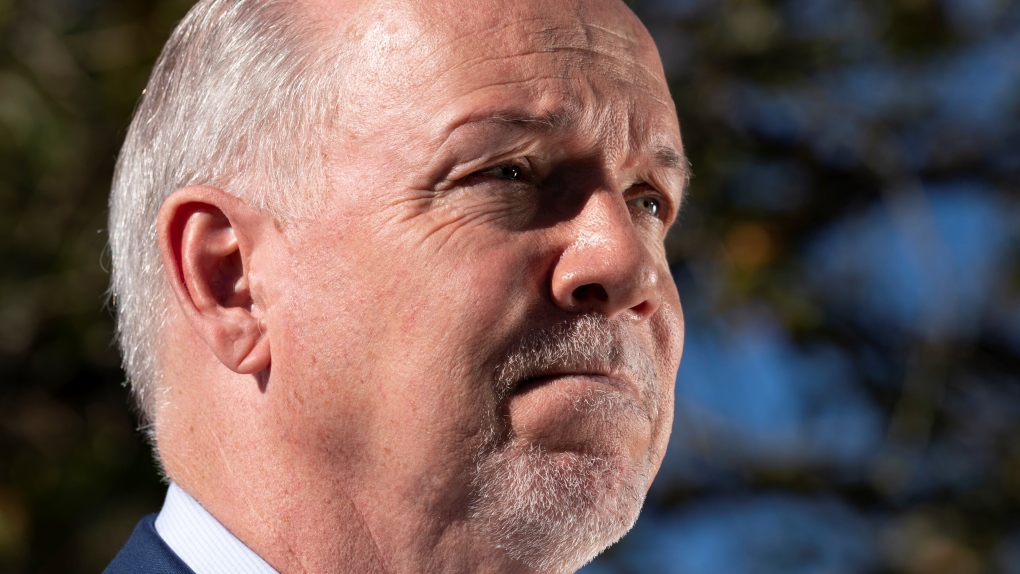 NDP Leader John Horgan pauses for a moment as he addresses the media during an election campaign stop in Coquitlam, B.C. Tuesday, Sept. 29, 2020. (Jonathan Hayward / THE CANADIAN PRESS)

He promised a $1.4-billion, 10-year plan Wednesday to revamp elder care after the COVID-19 pandemic showed vulnerabilities in the system for people living in care facilities.

Horgan said the NDP campaign platform for the Oct. 24 election will include more details of the plan in the coming days, but at a campaign stop in Surrey he said workers can expect fair wages and families will see more comfort for their loved ones.

“I believe seniors in their later years should have the dignity of one room with just them in it,” said Horgan at a campaign stop. “That's a goal we're going to set and it's going to take us some time to make up for the backlog because of Liberal neglect, but I believe that's a cause worth fighting for.”

He said former Liberal government policies on staffing and administration for long-term care facilities took its toll on the elderly and their families and the arrival of the COVID-19 pandemic highlighted the limitations with tragic results.

“It led to profound impacts that came home to roost during COVID-19,” Horgan said. “The outbreaks in seniors' care facilities at the beginning of the pandemic were a direct result of B.C. Liberal choices.”

The majority of the 234 COVID-19 deaths in the province are residents who lived in seniors' care homes.

Horgan said prior to the NDP forming government, staff turnover at such facilities was constant, workers were forced to accept wage cuts and many took jobs at more than one facility to make ends meet.

The NDP raised care worker wages last spring and implemented a single-site policy to ensure workers stayed at one facility during the pandemic, he said.

“We're going to increase wages for workers in the sector so they can go to work confident they are going to be able to feed their families,” he said. “Our long-term care facilities should be state-of-the-art.”

“When we hear about NDP visions we think of all kinds of good visions they've had like 114,000 housing units that are nowhere to be seen, like $10-a-day daycare that is a pilot project and that was just a slogan,” said Wilkinson.

This report by The Canadian Press was first published on September 30, 2020.