The Integrated Homicide Investigation Team also confirmed that police have begun searching Onotera's home, which has been cordoned off since Monday.

"I would caution that the presence of officers, security and crime scene tape is not an indication of criminality of anyone living in the residence. They are there to secure the preservation of evidence," IHIT Sgt. David Lee said in a news release.

"IHIT would like to ask for patience as this investigation continues. The family has also asked for privacy."

IHIT said members are assisting the Langley RCMP Serious Crimes Unit, and that the investigation remains in its initial stages.

Forensics officers have been seen at the family home this week, and neighbours told CTV News there was a canine unit at the scene on Monday.

Authorities previously said they did not suspect foul play in Onotera's disappearance.

The 40-year-old works as a teacher-librarian at Surrey's Katzie Elementary and has a 20-month-old daughter. Colleagues said her absence left an air of sadness at the school after classes resumed this month. 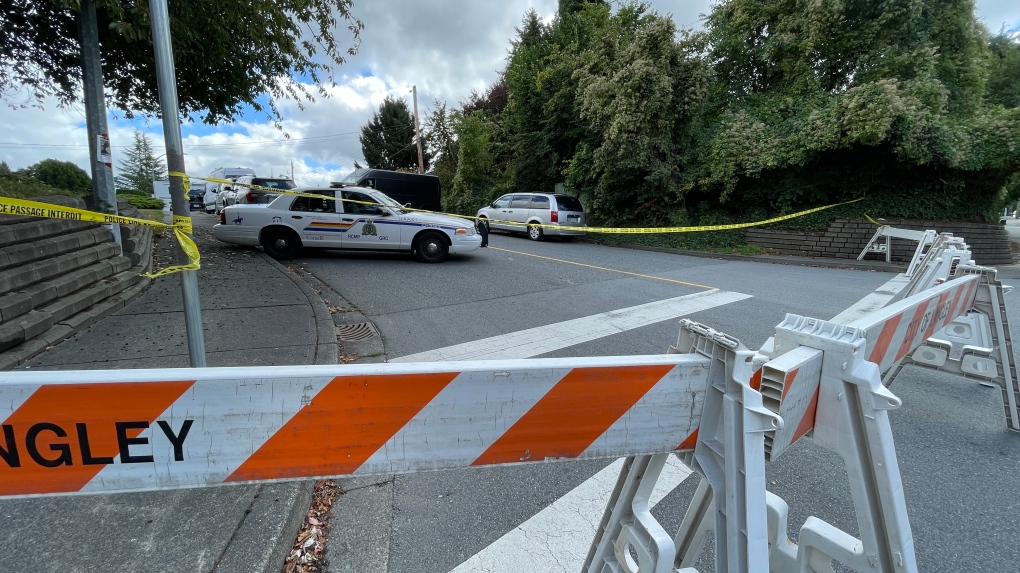 Police vehicles are seen outside the Langley, B.C., home of missing teacher Naomi Onotera on Sept. 15, 2021.

Police said Onotera's husband last saw her leave home on Aug. 28, and that her mother reported her missing the next day.

The missing woman's sister, Kirsten Kerr, said her sudden disappearance has been devastating to her loved ones.

"We just want to see her safely returned. We all miss her very much," Kerr told CTV News last week.

Onotera's husband has not spoken publicly. A neighbour who has spoken to him since the disappearance told CTV News the husband was upset and crying.