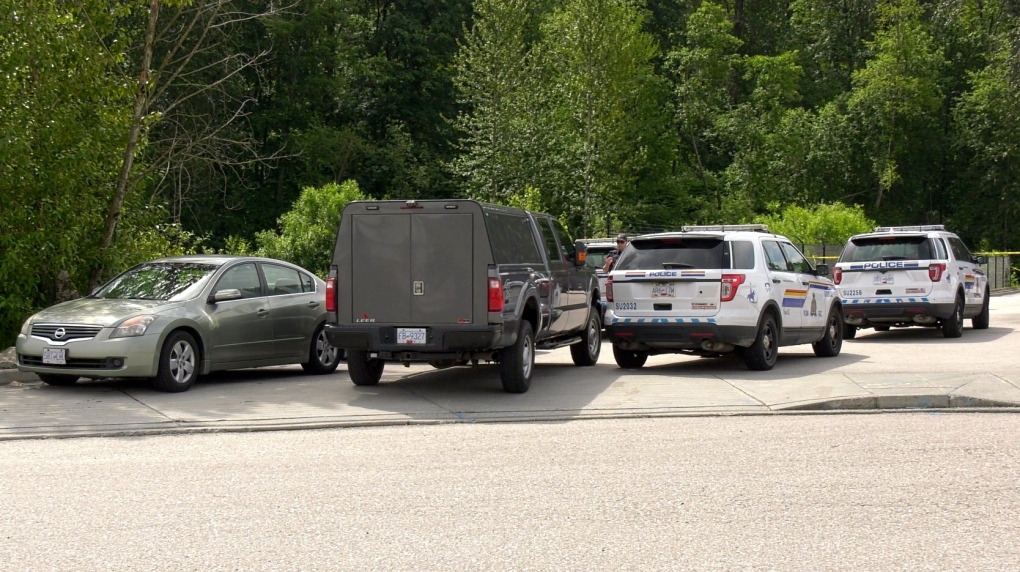 Police vehicles are pictured at the scene of an incident in Surrey, B.C., on Friday, June 5, 2020. (Jordan Jiang / CTV News Vancouver)

VANCOUVER -- Homicide investigators have been called to an area of Surrey, B.C., after a man's body was found by police.

Mounties say the body was found around 8 p.m. Thursday by members of the detachment's mental health outreach team.

The officers had been conducting a foot patrol when they found the body on Bridgeview Drive.

His cause of death is not yet known, but is being treated as suspicious, the Surrey RCMP said in a news release the next morning.

The Integrated Homicide Investigation Team has been called in to take conduct of the case, and evidence is being gathered.

Members of the Delta Police Department were also seen in the area.

Anyone with more information is asked to contact IHIT or Crime Stoppers.