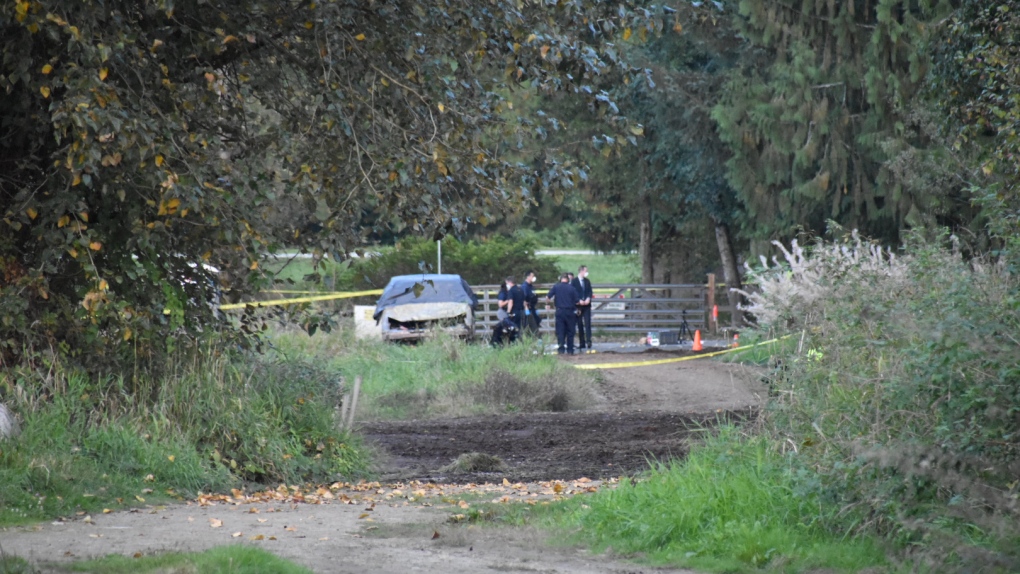 Homicide investigators have been called to Maple Ridge after a body was discovered inside a burning pickup truck in the city early Saturday morning. (CTV)
Vancouver -

Homicide investigators have been called to Maple Ridge after a body was discovered inside a burning pickup truck in the city early Saturday morning.

Police officers were called to the intersection of Park Lane and Vernon Trail around 1:30 a.m. for a report that a black pickup truck was on fire, according to a news release from Ridge Meadows RCMP.

Firefighters were also called to the scene. After the flames were extinguished, a body was located inside the truck, police said.

The Lower Mainland's Integrated Homicide Investigation Team has taken over the case, according to RCMP.

Police said the investigation is still in its early stages, adding that they don't yet know whether the incident is connected to the ongoing Lower Mainland gang conflict.

Anyone who was in the area around the time of the incident or has dash cam video or other information should contact IHIT, police said.

"Of note, the black pickup truck would not have had a muffler, so would have been very loud as it was travelling through Maple Ridge and the surrounding areas," RCMP said in the release.

A rescue mission got underway Sunday for a firefighter who fell into the St. Lawrence River after a boat carrying people from a previous rescue mission capsized near the Lachine Rapids.

Hayley Wickenheiser is a six-time Olympian and award-winning women's hockey player, and now her accomplishments include graduating from medical school and achieving an M.D. during a global pandemic.