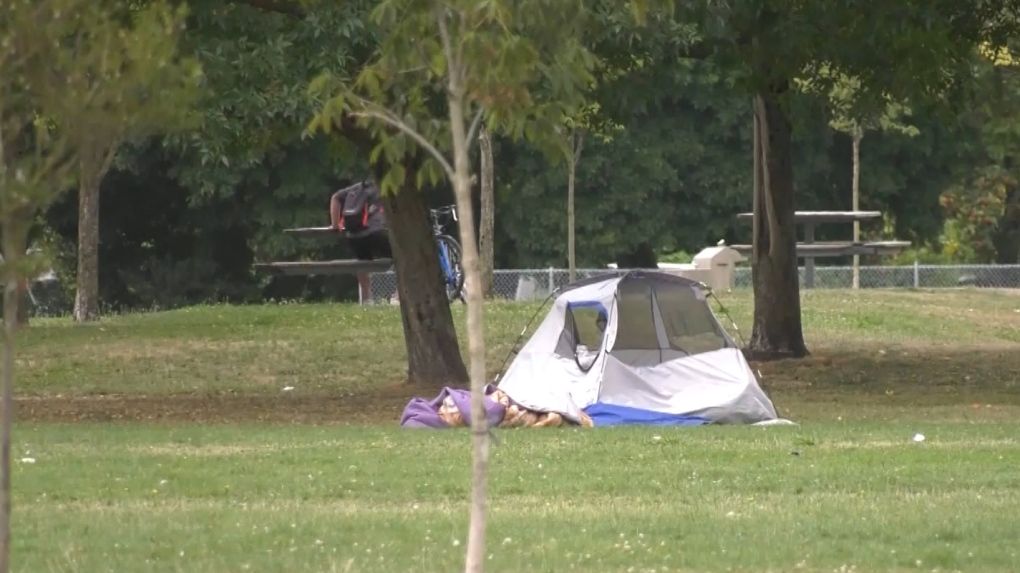 VANCOUVER -- An emergency meeting of Vancouver's city council to discuss options for a growing tent city and city-wide homelessness will continue on Monday.

Mayor Kennedy Stewart called the meeting earlier in the week, to address the tent city in Strathcona Park and a lack of housing across Vancouver. The meeting was scheduled to begin at 1 p.m. Friday and expected to go late into the evening.

Instead, after hearing from all of the members of the public who signed up to speak and were present when their names were called, city councillors voted to recess until 3:30 p.m. Monday, at which time they will debate the mayor's motion and make a decision.

On the table are three options: leasing or purchasing housing units like hotels and other available housing stock, establishing a temporary emergency relief encampment on vacant public or private land, or temporarily converting city-owned buildings into emergency housing or shelter space.

"We all know that the situation is getting tougher here right across the city when it comes to people living rough," Stewart told CTV News in an interview earlier in the week.

Campers have been living in the Strathcona Park tent city for months, after being forced out of CRAB Park by an injunction.

Stewart acknowledged none of the options will be cheap.

"The city really only has the property tax base to work from and so I think we have to move forward with something but that will mean probably we’ll have to delay some projects and some of the things we’re doing now in order to afford this," he said.

If the mayor's motion is approved, city staff will be tasked with reporting back to council with details in the coming weeks.