Hiker rescued after being stranded for hours in North Shore mountains

Hiker rescued after being stranded for hours in North Shore mountains 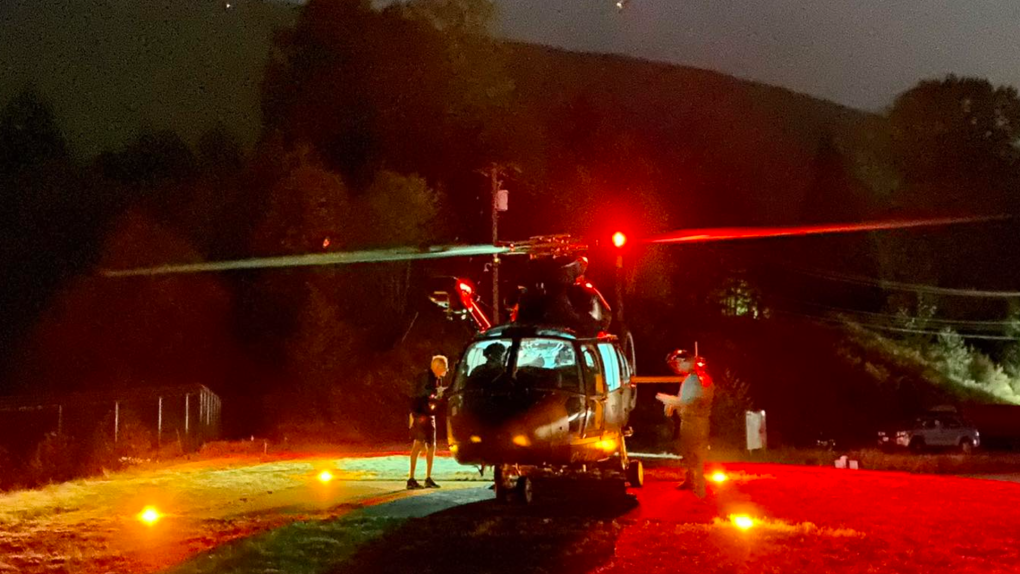 A hiker was rescued in the North Shore mountains early Wednesday morning after getting lost and being stranded for hours.

Rescue crews began looking on Crown Mountain for the 52-year-old Tuesday after someone on nearby Goat Mountain heard calls for help. Crews eventually spotted the hiker using night-vision goggles.

A spokesperson from North Shore Rescue told CTV News Vancouver the man was stuck in a steep area and managed to climb into a crack in a rock to protect himself from the wind. He couldn't move, however, because he was at risk of falling.

At about 1 a.m., a rescue team airlifted the hiker off the trail with the help of the 442 Squadron based out of Comox. The hiker was taken to hospital with a possible shoulder injury.

The rescue team said the trail the hiker was on is well-known, but not too popular and it has quite a few cliffs.