Here's why B.C. schools are still open, in spite of surging COVID-19 cases and new restrictions 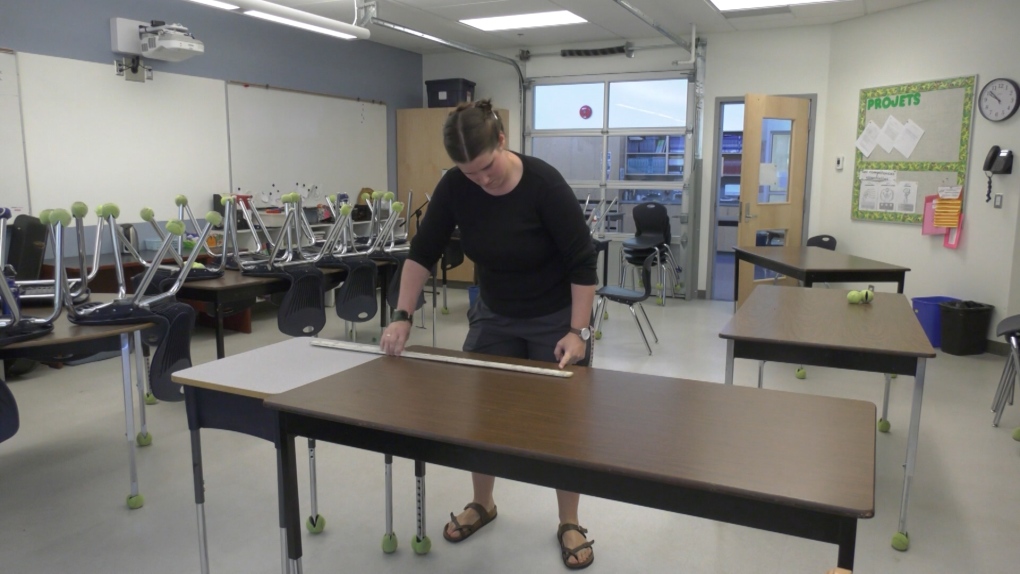 A B.C. teacher sets up a physically distanced classroom in this undated file photo.

VANCOUVER -- With COVID-19 cases surging in B.C., the province's health officials announced temporary new restrictions for some regions, but no amendments were made for schools.

During her briefing Saturday afternoon, Dr. Bonnie Henry explained that schools are something the health ministry is hoping to "protect."

So, even though there were new regulations on social gatherings, indoor physical activities, workplaces and travel announced Saturday, schools will remain operating as they have been for the time being.

"We know how important it is for teachers, for students, for families to have schools operating," she said.

Henry acknowledged there have been several exposure events in schools, adding that they've been higher in areas where there has been more community transmission.

"What we have not seen is a lot of transmission events in schools. Schools are not amplifying this virus. They are merely reflecting what's going on in the community."

Henry said that it's still extremely important for teachers and students to stay home if they're sick.

"That is working. What we are seeing is that the plans that are in place in our communities and in our schools are working to prevent transmission," she said.

As of Friday, more than 230 schools in the Lower Mainland alone had posted exposure notices. Some of those schools had notices posted over several days. Only one outbreak has been declared so far, however, and it is now over.