Here's what experts say you should do if you come across a coyote in B.C. 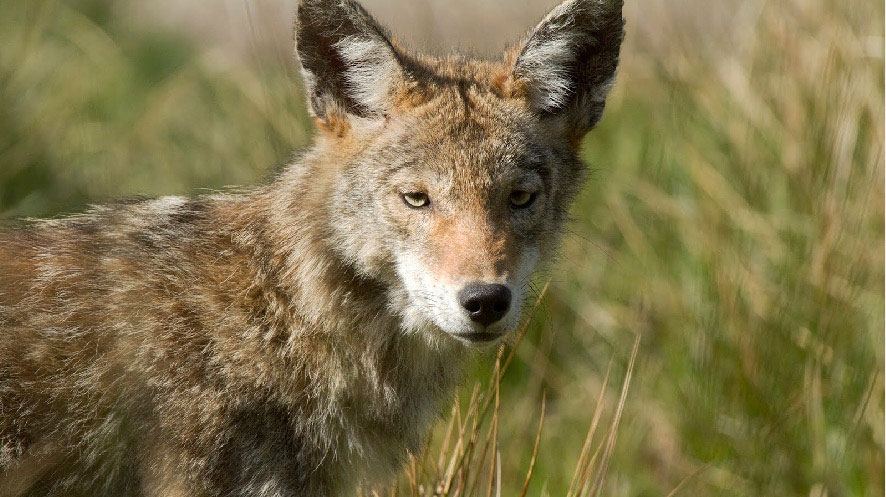 VANCOUVER -- British Columbians now staying home due to COVID-19 have some questions about coyotes.

The BC SPCA says there's been an increase in inquiries about the canines recently, prompting the society to offer advice for how to handle an encounter.

It's possible there may be more coyotes in urban areas this spring, but the SPCA's Lorie Chortyk said it could just be that people are noticing them because they're spending more time at home.

Here's a quick look at what you should know about co-existing with coyotes.

The SPCA says they're common in rural areas, suburbs and cities in B.C. The SPCA estimates there are between 2,000 and 3,000 coyotes located in urban areas of Metro Vancouver alone.

There are none on Vancouver Island or the Gulf Islands, the society says.

While it might be startling to come across a coyote, they generally aren't interested in interactions with humans.

If you are approached, you should make yourself look bigger. Wave your arms in the air or wave a stick.

Make noise by stomping or yelling to scare it off.

Any small children and pets should be picked up, and you shouldn't run away. Running could entice the coyote to chase you. Instead, the SPCA says to make eye contact, and move away slowly.

Don't throw anything at a coyote.

Any aggressive coyotes should be reported to the provincial hotline for environmental violations and dangerous wildlife conflicts: 1-800-663-9453.

The best ways to avoid encounters are similar to the province's guidelines about other wild animals. Don't feed them, and keep garbage cans and compost bins secured.

The SPCA also recommends managing bird feeders, fruit-bearing plants and other things that may attract rodents. While coyotes will take advantage of easy access to garbage and other food sources, they mostly eat voles, shrews, mice, rats, squirrels and rabbits.

They will also eat chickens, as well as cats and small dogs, if given the opportunity.

Taking that into consideration, the SPCA recommends keeping cats indoors, and keeping dogs on a leash. Don't let your dog interact with a coyote.

Children should also be monitored when outside.

And be careful in areas where coyotes are known to frequent, such as fields with tall grasses, golf courses and the edges of parks with overgrown vegetation.