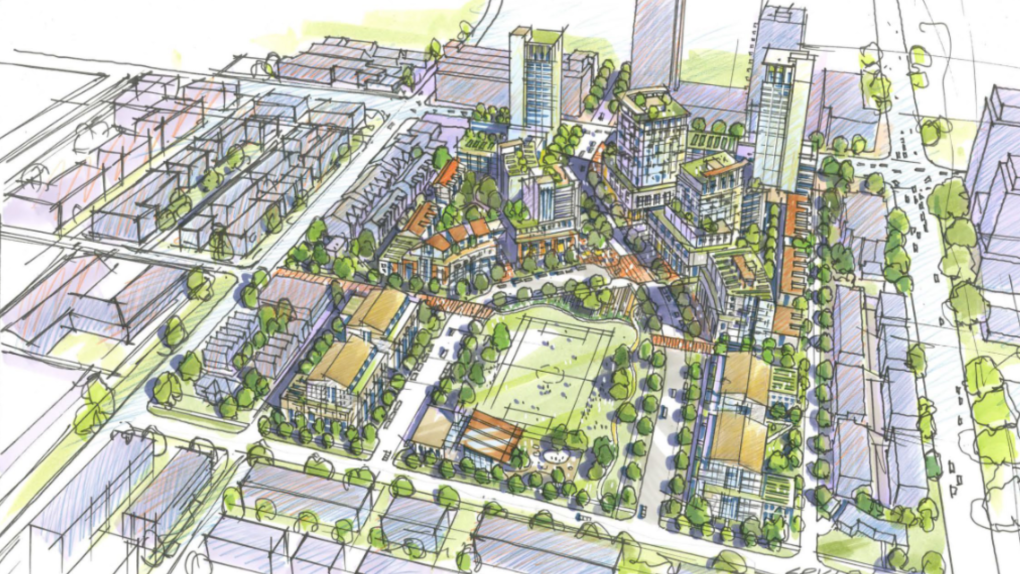 A new "community" of more than 1,600 homes is planned for what those behind the project call one of Vancouver's "largest undeveloped sites."

The 14-acre Oakridge Transit Centre will be redeveloped to include market-rate and below-market housing, according to property development company Grosvenor.

The land property located at 41st Avenue near Oak Street will also include mixed-use space and a public park, if plans are approved.

Grosvenor estimates it will build "approximately 17 buildings" on the property, ranging in height from four storeys to 26. These buildings will contain 1,630 homes, 1,120 of which will be sold.

Other homes will be market rentals, "affordable" rentals and social housing. According to Grosvenor, more than 20 per cent of the homes will be considered affordable.

At most, the homes that fall into that category will be "moderate income" rentals. As for what they'd actually cost per month, it's unclear at this stage, but those units will be earmarked for people with an income between $30,000 and $80,000 per year.

Designed by architect James Cheng, the plan includes that 40 per cent of the land at the Oakridge Transit Centre will be open to the public, including the two-acre park and storefronts that will run parallel to Oak Street.

Other features include a 69-space daycare and public plazas. 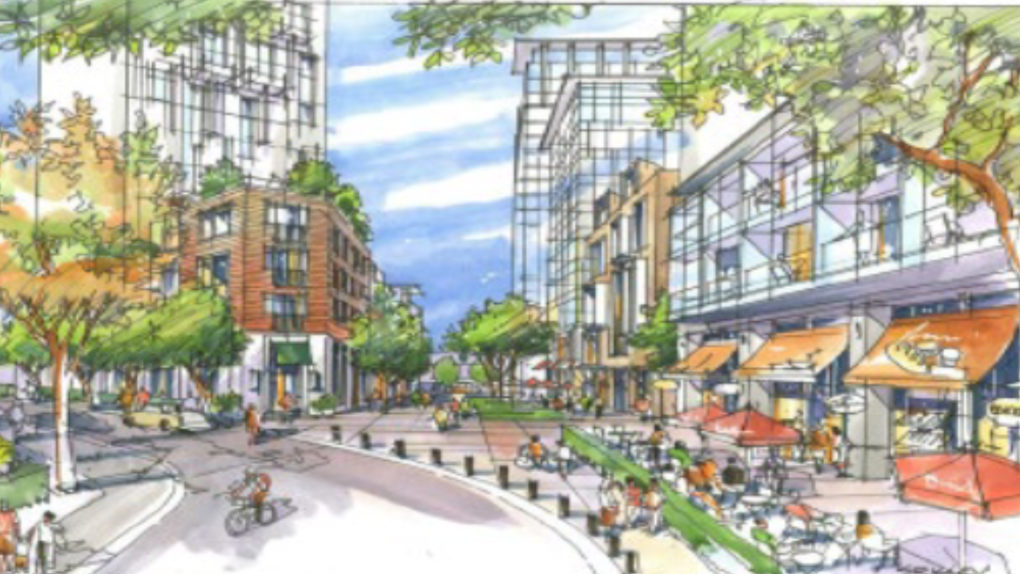 "This project is all about connecting to nature, with greenways, green roofs and a major publicly-accessible park – all designed for a sustainable, walkable lifestyle in a safe, central location that is close to everything," Cheng said in a news release.

He said the vision is to create a community around the park, "a finely scaled neighbourhood with gentle density and an internal greenway system." 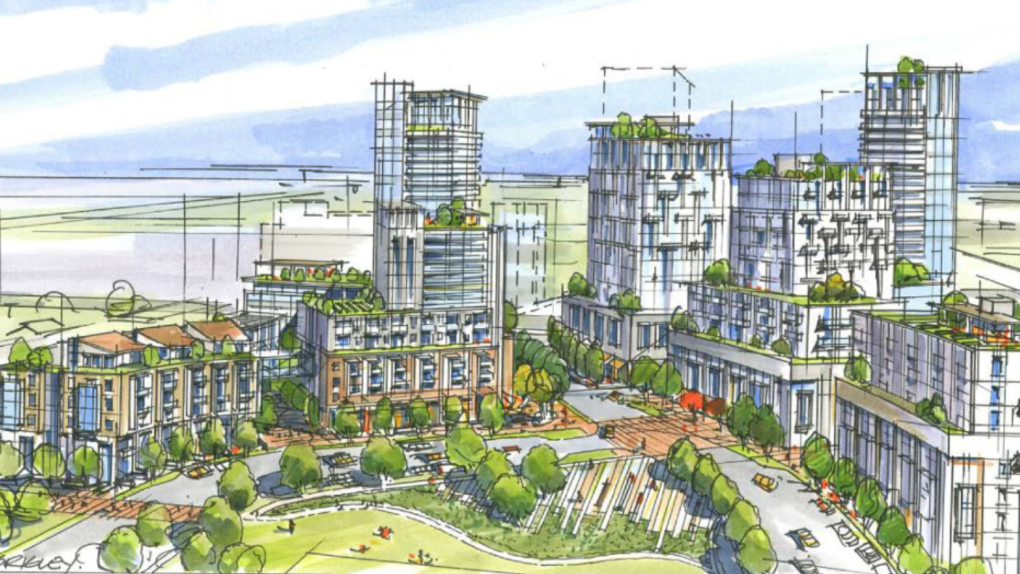 The City of Vancouver approved the rezoning application in late 2020, after holding open houses the year before for residents of the area who had questions or comments. The area was initially zoned for single-family homes only, a housing type no longer attainable for many residents of Vancouver.

The plan approved by the city includes "green" demolition of existing buildings and construction waste management. It's unclear how much would actually need to be demolished as the site is now an empty lot.

The community will be walking distance to the Oakridge Centre, which is also being redeveloped. https://vancouver.ca/home-property-development/oakridge-redevelopment.aspx It's also near schools, parks, hospitals and a Jewish community centre that has not yet been completed.

And Grosvenor pledged that the project will "set a high bar for sustainability" with a focus on net-zero carbon commitments. Those involved in the project are exploring options like "green roofs," planting zones and rain gardens, they said.