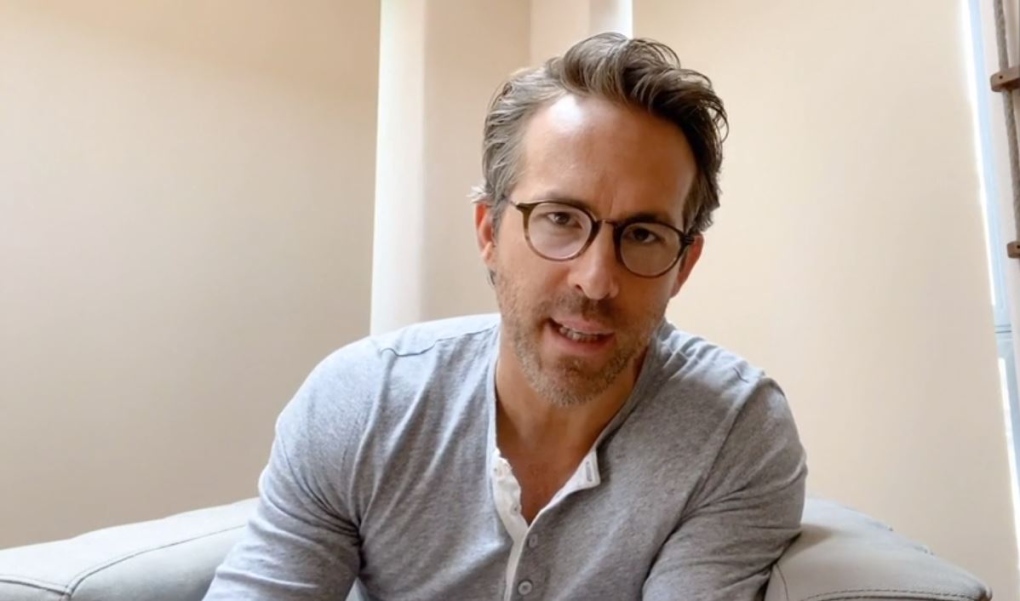 Ryan Reynolds is seen in a video for the #MakeRyanPay campaign benefiting Pacific Wild.

Vancouver's own Ryan Reynolds is among 10 celebrities who have earned custom badges from Scouts Canada.

The scouting association released a list of "badge-worthy" Canadian stars Monday, recognizing everything from activism to philanthropy.

"We celebrate the accomplishments of our Scouting youth and volunteers regularly with achievement badges for personal progression, leadership, outdoor adventure skills and more," the Scouts' Justin Chenier said in a statement.

"There seemed to be a great opportunity to recognize Canadian public figures that reflect the core values of Scouting."

The most deserving celebrity, as decided through a survey of Scouts members, was Anishinaabe leader and climate activist Autum Peltier, who received a "Rising Tide" badge for her work advocating for clean drinking water in Indigenous communities.

Keanu Reeves was given a custom badge recognizing him as "One-derfully Kind," a nod to the fact that he donated 70 per cent of his earnings from "The Matrix" to cancer research.

Though Reynolds and wife Blake Lively have made several large donations to a number of important causes over the years, he received a badge for being a "Quintuple Threat" – an actor, businessman, advertising executive, family man and comedian.

His badge also recognizes him for "Keeping Canadians Sarcastic." 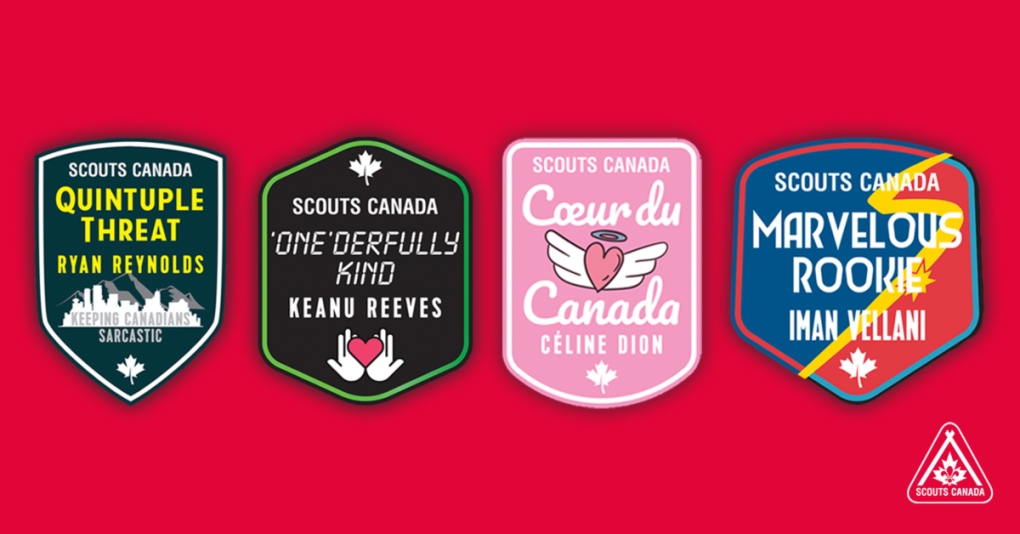 A selection of custom Scouts Canada badges for Canadian celebrities, chosen through a survey of members.

Transgender actor Elliot Page was given a "To Thine Self Be True" badge for "celebrating authenticity and showcasing bravery" while "educating Canadians on what it means to be allies." Celine Dion received a "Coeur du Canada" badge for "being proudly Canadian no matter where in the world she is performing."

The other recipients and their custom badges are Terry Fox, who was awarded a "Bringing Canadians Together" badge celebrating his Marathon of Hope; actress Sandra Oh, who received a "Standing Oh-vation" badge for being the first woman of Asian descent to receive a primetime Emmy nomination; Olympian Crystal Emmanuel, who earned a "Stellar Speedster" badge for her sprinting achievements; and actress Imam Vellani, who was given a "Marvelous Rookie" badge celebrating her breakout role in the Disney+ series "Ms. Marvel."

Scouts Canada said one-of-a-kind badges will be created and sent to each winner.

Scientists discovered the oldest known DNA and used it to reveal what life was like 2 million years ago in the northern tip of Greenland.