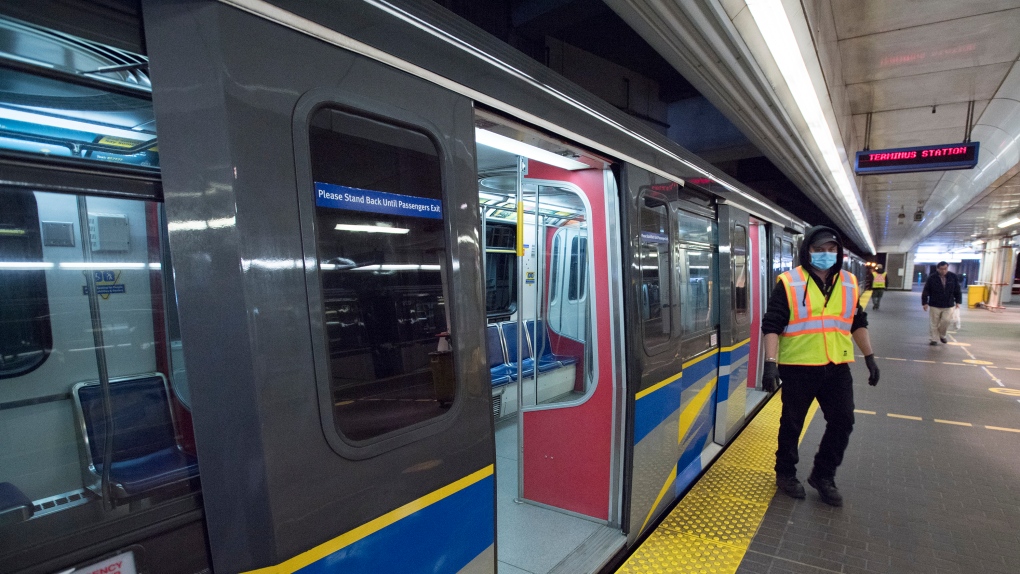 A person wears a mask near the SkyTrain in Vancouver, B.C. (THE CANADIAN PRESS/Jonathan Hayward)
Vancouver -

Transit riders who don't wear a mask in Metro Vancouver could receive a ticket, local police are warning.

Late last month, B.C. reinstated its mask mandate, requiring coverings in most indoor public spaces, including on transit. The change came as the province manages a fourth wave in the COVID-19 pandemic.

Metro Vancouver Transit Police told CTV News Vancouver in a statement that it's still waiting for guidance from the province on what enforcement police can conduct under that public health order.

In the meantime, however, TransLink reinstated its own mandatary mask rule on transit. That policy allows MVTP to enforce the rule with a maximum fine of $115.

Under B.C.'s previous mask mandate, which lasted from November to July, fines of $230 could be handed out for violating a COVID-19 public health order.

Before that mandate was established, TransLink had implemented its own mask requirement last August. Those rules were also lifted in July.