Here are the names chosen for the Broadway Subway stations 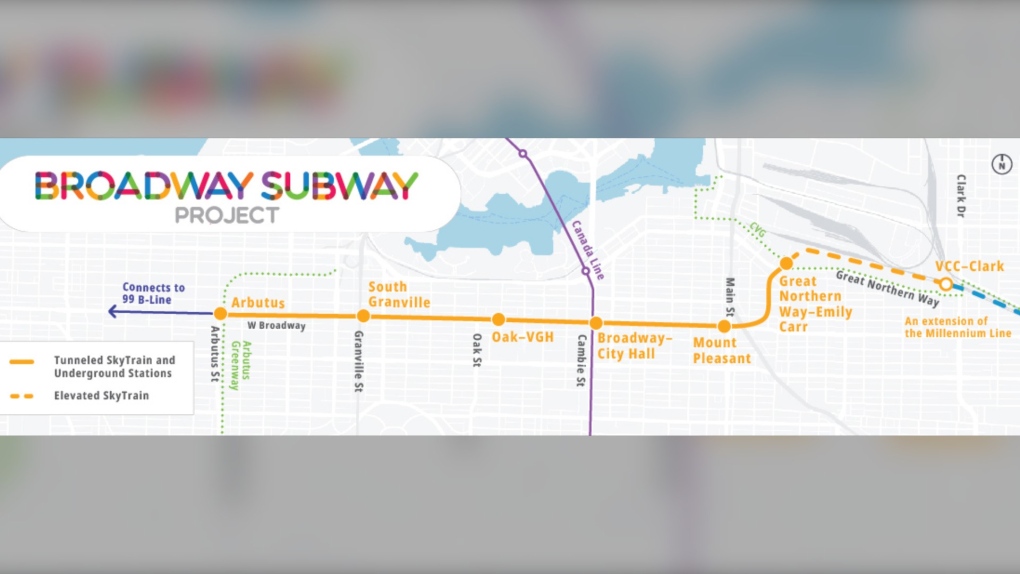 VANCOUVER -- Officials have announced the names of the stations that will be part of the Broadway Subway project.

Earlier this month it was confirmed that construction on the $2.83-billion project would begin this fall, and the locations of the stations were announced one year ago, almost to the day.

In Thursday's update, representatives from all levels of government and TransLink revealed that not much had changed in a year.

All but two of the stations will be called the names first announced on Sept. 18, 2019.

The names are as follows:

TransLink said the name is due to its proximity to Emily Carr University of Art and Design, which is named for the B.C. artist, author and teacher.

An artist or team of artists from the school will complete a public art installation for the station.

The new transit line is expected to be in service in 2025.