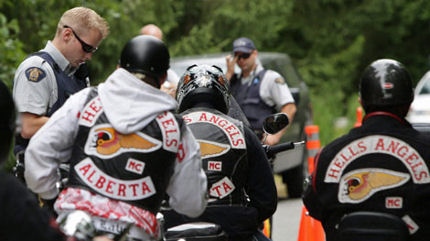 Police in British Columbia say one of two men charged with cocaine-related offences is an associate of the Hells Angels.

Thirty-one-year-old Kristopher Pfeifer of Maple Ridge is charged with trafficking cocaine, and 48-year-old Chilliwack resident Constantinous Anthony has been charged with possession for the purpose of trafficking.

Sgt. Bill Whalen says Pfeifer is an associate of the Haney chapter of the Hells Angels.

The case dates back to 2011 when police say one of the accused was seen exchanging a package with the other.

Police say that during the subsequent arrest, officers seized one kilogram of cocaine.

They say both men appeared in court last week and were released on conditions.