Heading to Mount Seymour? You'll soon need to get a day pass first 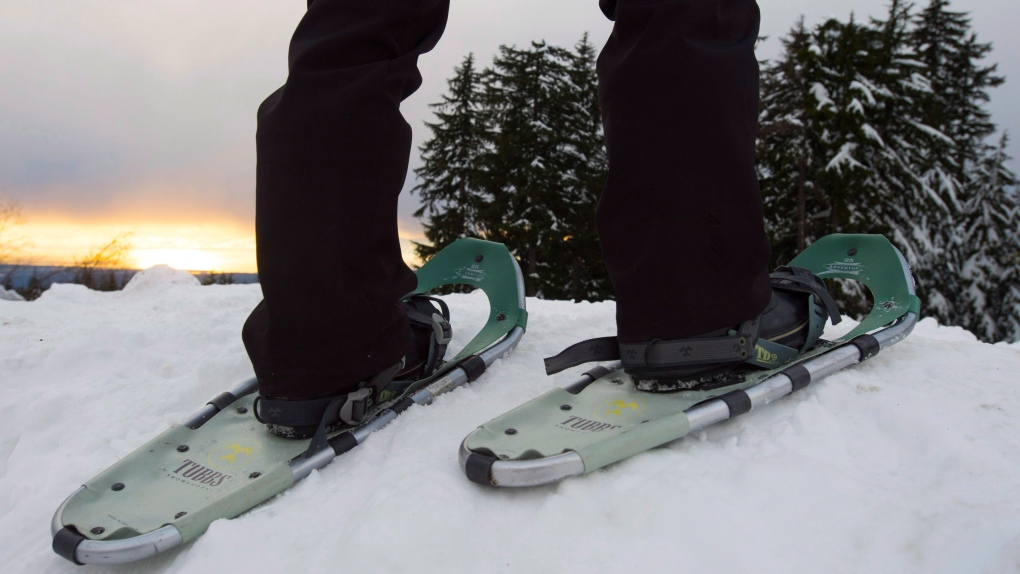 A snowshoer takes in one of the scenic vistas while snowshoeing on Mount Seymour, in North Vancouver, on Sunday, Jan. 3, 2016. (Jonathan Hayward / THE CANADIAN PRESS)

Due to what the province calls a "growing surge" of parkgoers, outdoor enthusiasts will soon need to have a day pass to spend time at a park on Metro Vancouver's North Shore.

Anyone who wants to spend time at the North Vancouver park, outside of the ski resort area, between 7 a.m. and 4 p.m. will need to have a day pass starting Dec. 15.

These passes, which can be booked up to two days in advance on the bcparks.ca website, are free, but mandatory.

The pass is only needed for those using the park and backcountry areas not covered by tickets purchased through the Mount Seymour ski resort.

They're also only good for part of the day. Visitors who choose a morning pass need to be out of the parking lot by noon, and those who opt for the afternoon pass won't be guaranteed a parking spot unless they get to the park between noon and 4 p.m.

A pass is required for every vehicle, and a maximum of one vehicle pass can be booked per timeslot, account and day.

And because cellphone service may be spotty at Mount Seymour, parkgoers are advised they should print out their pass, or download a copy on their phone before getting to the park.

The passes are meant to reduce traffic to the park, so those heading uphill can "enjoy a safe and less crowded experience," Environment Minister George Heyman said in a statement.

At least for now, Seymour is the only provincial park that requires a pass. The program will be in place until March 31.

CTV News has reached out to the ministry to see whether people heading to the ski resort for lessons or with a pre-purchased lift pass also need to obtain a day pass.

The winter pass program follows a similar summer pilot program at some provincial parks in the province that also had the goal of reducing traffic to popular spots.

It was a controversial program first launched in 2020.

Recreation groups told CTV News that the province missed the mark, leaving some people out and forcing others to take trails they may not be prepared for, if they couldn't get a pass to the appropriate level of hiking route.

"Literally locking people out of parks with gates is not something we thought was the smartest move," said Taryn Eyton, president of the Friends of Garibaldi Park Society.

And the timing was tricky for some struggling with the impacts of the pandemic, Eyton said.

"It made it more difficult to access parks in a time when our health authorities are telling us that going outside is good for our physical and mental health."

Many groups said a better solution would be to open up trails and build more, rather than restricting access.

NEW | Nearly 60 per cent of Canadians find it difficult to feed their families, poll finds

A new poll has found that nearly 60 per cent of Canadians are having a hard time providing enough food for their families.

Meat Loaf, 'Bat out of Hell' rock superstar, dies at 74

Meat Loaf, the heavyweight rock superstar loved by millions for his 'Bat Out of Hell' album and for such theatrical, dark-hearted anthems as 'Paradise by the Dashboard Light,' 'Two Out of Three Ain't Bad,' and 'I'd Do Anything for Love (But I Won't Do That),' has died.

A rookie cop attended a different type of emergency Monday after running toward the sound of screaming in a parking lot.

As he starts his second term as UN secretary-general, Antonio Guterres said Thursday the world is worse in many ways than it was five years ago because of the COVID-19 pandemic, the climate crisis and geopolitical tensions that have sparked conflicts everywhere -- but unlike U.S. President Joe Biden he thinks Russia will not invade Ukraine.