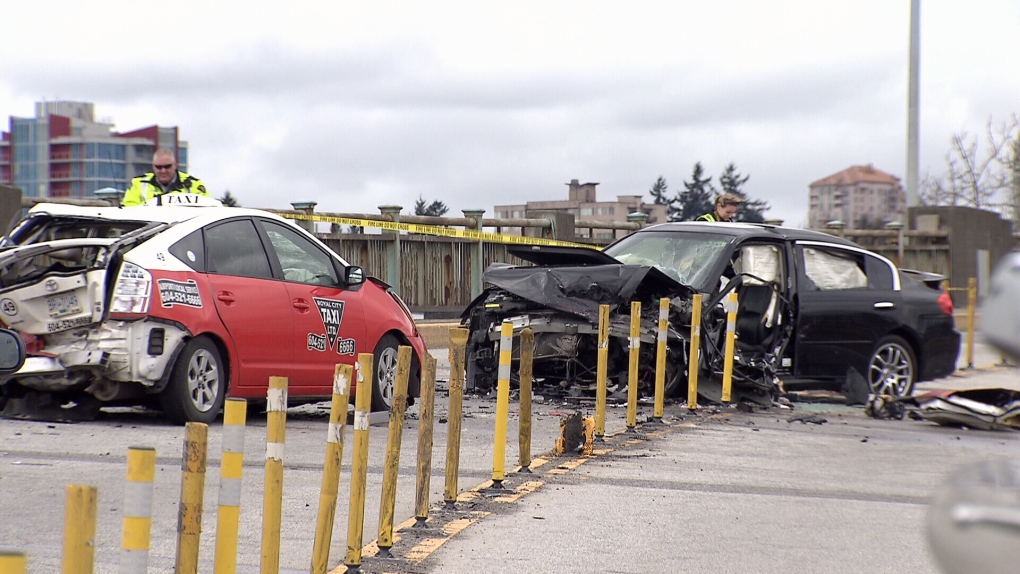 A head-on collision shut down traffic on a major bridge that links two Vancouver-area municipalities. (CTV)

Surrey RCMP say that the Pattullo Bridge, which joins New Westminster and Surrey, will remain closed until Saturday evening.

She says the driver of one vehicle had a medical emergency causing that person to jump into an oncoming lane.

Hickey says there were a total of four people on board both vehicles.

She says all of them were rushed to hospital, one of whom has serious injuries.