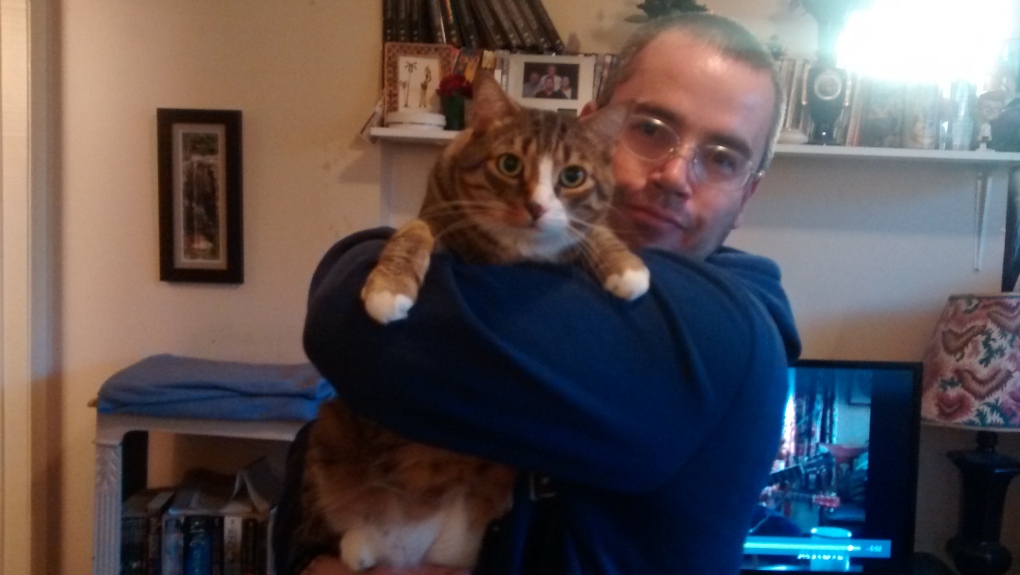 Joshua Martin Kirkeby is seen in this undated photo. His mother, Tammy Klippel, says her son's body was found near UBC in July. (Submitted)

VANCOUVER -- Tammy Klippel wants you to know that the body found in a wooded area near UBC last month belonged to her son.

She also wants you to know that because she wants you to think of Joshua Martin Kirkeby as a person, not a police incident.

"When I saw that report that he's a body, it's like, 'No, he's not just a body, he's a person,'" Klippel said in an interview with CTV News Vancouver.

She said her son was kind, loved animals, and had a wandering spirit. He never had kids, and never seemed to stay in one place for long.

"The last time he had an apartment was probably four or five years ago," Klippel said. "I don't think he liked having anything tie him down."

Kirkeby moved to B.C. from Toronto in 2018 with the goal of buying a boat, his mother said. He was born in Burnaby, but was raised in Ontario from the age of six.

Klippel said her son achieved his goal. He purchased a boat shortly after arriving on the West Coast. Though she hadn't spoken to him in a while - they mostly communicated via Facebook messages - she thought he was living his dream.

"I hadn't personally talked to him for about a year and a half," she said. "I honestly thought he was sailing the seven seas, kind of thing."

That wasn't the case, of course. On July 17, police showed up at Klippel's door in Toronto to inform her that her son's body had been found.

A news release from University RCMP indicates that a body was found on University Endowment Lands near the intersection of Southwest Marine Drive and Wesbrook Mall.

It says University RCMP, the RCMP E Division Major Crime Unit and the BC Coroners service are all investigating, and that police do not believe there is any risk to the public, "given the decomposed nature of the remains."

Klippel told CTV News police informed her that they were familiar with her son. They had had interactions with him as recently as March, she said, but they hadn't heard from him since.

She said she doesn't think the interactions Kirkeby had with police were criminal in nature, and a search of online court records did not yield any files in his name.

Asked on Thursday for an update in the investigation, a spokesperson for B.C. RCMP said criminality is not suspected in Kirkeby's death, but referred questions on what caused his death to the BC Coroners Service, which says it can't confirm the identity of the body found at UBC, but notes that any investigation less than two months old is likely still in its early stages. The cause of death will not be released until the investigation is concluded, the service said.

Klippel said she wonders if her son contracted COVID-19 or some other illness while camping, noting that police told her his body was found in a tent.

"The best I can guess, it was (a) 'the elements' type of thing," she said. "For him to die in a tent, you know, it had to be something extreme."

She said her son was "very self-sufficient."

"He had his tent, he'd have his sleeping bag and stuff like that, so he could just kind of go when he wanted to," she said. "He worked on renovating houses. He could build decks, he could do plumbing, he could do electrical, and what he would do is he would put an ad in Kijiji, get work and then work for a week and then just go on with his travels."

Klippel said she is working to have her son's remains sent to her. She plans to spread his ashes either in Lake Ontario or at High Park in Toronto.