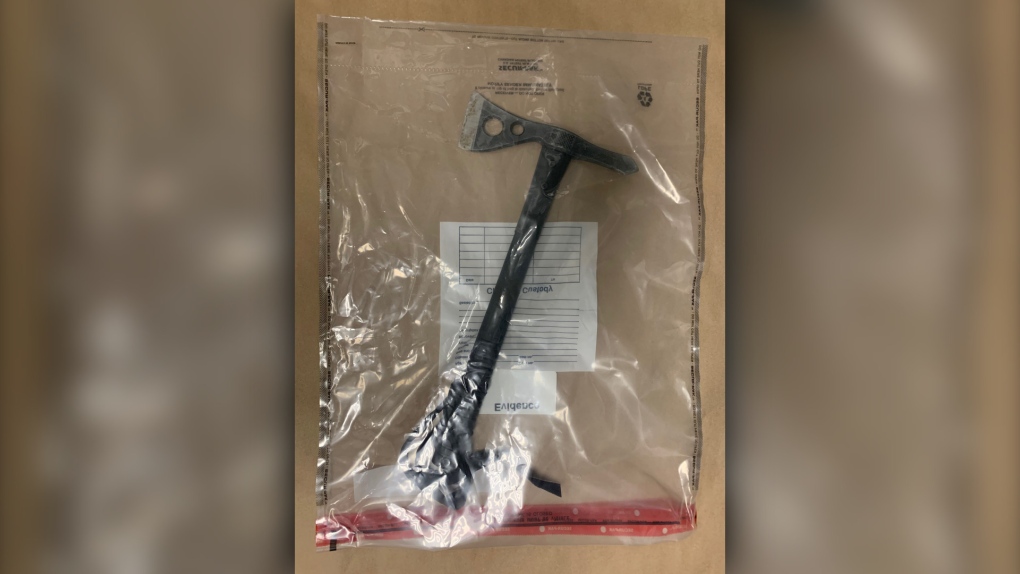 A hatchet that was allegedly wielded by an assault suspect in New Westminster, B.C., on Aug. 8, 2022, is seen in a handout image.

Police have arrested a suspect who allegedly charged at an officer with a hatchet Monday in New Westminster.

Authorities said they received a report of a man with a hatchet walking through the city's Brow of the Hill neighbourhood around noon, and that a patrol officer quickly located a suspect.

When the officer approached the man to speak with him, the suspect "raised the hatchet in a threatening manner and charged," the New Westminster Police Department said in a news release.

The suspect fled the area, but was located soon after additional officers reached the area.

Authorities said they are recommending charges of assault on a police officer, obstruction, and possession of a weapon for a dangerous purpose.

"This unprovoked attack on our officer is unsettling," Sgt. Justine Thom said in a statement. "This could have ended in tragedy, and we are extremely grateful no officer or bystanders were injured."

Authorities asked anyone who witnessed the incident but has not yet spoken to investigators to contact the New Westminster Police Department.